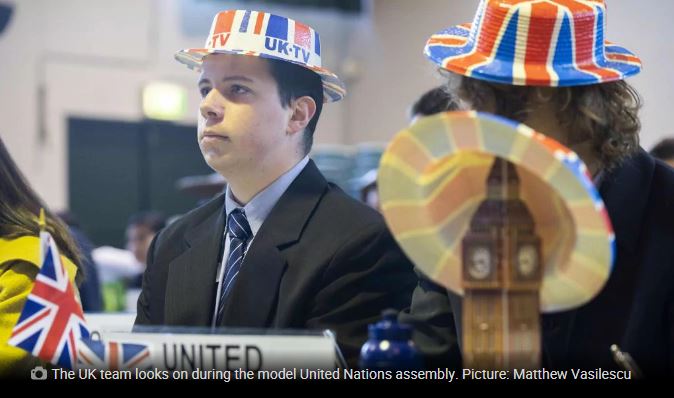 STUDENTS at Epping may have solved the Israeli-Palestinian conflict after some of our brightest young minds negotiated a compromise.

About 130 students from 29 high schools witnessed the agreement at a model United Nations assembly held at Epping Boys High School over the weekend.

Teams from schools across Sydney played the roles of representatives from UN member countries, and many adopted the dress of their respective country.

Over two days they debated big issues facing the world, including genetically modified food, the search for extraterrestrial life and whether the UN should be reformed.

Perhaps the toughest issue was the Israeli-Palestinian conflict.

Students voiced all sides of the long-running argument before they decided that both sides had to make significant concessions if there was to be peace.

Read the article by Steven Deare in The Daily Telegraph (Northern District Times).