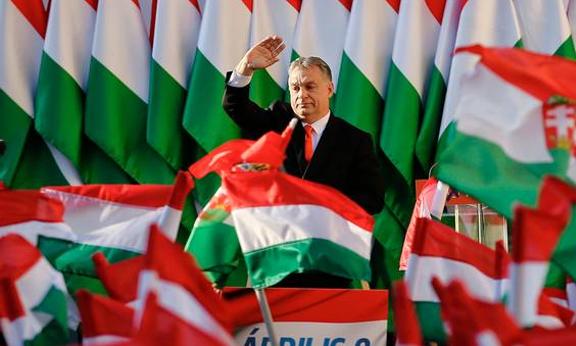 Far right politics is making a comeback. And with it comes political anti-Semitism. In the English-speaking world, quasi-fascist “alt-right” milieus increasingly consider the “JQ” (“Jewish question”) an important component of their political war against immigration, liberalism, socialism and “Islamisation”.

In Europe, the far right attempts to deflect economic and social anxieties into hatred towards immigrants, especially Muslims and Africans, while strengthening the power of the state to crush internal opposition. Posing as subversives, they claim to be challenging a global Jewish conspiracy.

They have imitators around the world, including in Australia, who are experimenting with ways to communicate these poisonous ideas to a new audience. Defeating them will require an anti-racist opposition that can draw the connections between anti-Jewish conspiracy theories and anti-Muslim, anti-migrant racism.

The challenge of understanding and fighting anti-Semitism is not helped, however, by the advice of the International Holocaust Remembrance Alliance (IHRA).

IHRA was founded in the late 1990s to promote education and awareness about the Holocaust. In 2016, it published and circulated a “working definition of anti-Semitism”, which has been at the centre of several significant controversies.

The definition is very brief, and appears unobjectionable. Anti-Semitism is “a certain perception of Jews, which may be expressed as hatred toward Jews. Rhetorical and physical manifestations of anti-Semitism are directed toward Jewish or non-Jewish individuals and/or their property, toward Jewish community institutions and religious facilities”.

That’s fine. But the definition has associated guidelines, which are inseparable from, published alongside and contain the political content of the working definition – a list of examples of anti-Semitism that includes “denying the Jewish people their right to self-determination, e.g., by claiming that the existence of a State of Israel is a racist endeavour”; “applying double standards by requiring of [Israel] a behaviour not expected or demanded of any other democratic nation”; and “drawing comparisons of contemporary Israeli policy to that of the Nazis”.

None of these are anti-Semitic. Let’s go through them.

Witness Viktor Orban’s election in Hungary earlier this year. Orban’s Fidesz party came to power through a highly charged Jew-baiting campaign about George Soros’ purported conspiratorial influence. As one headline in Israeli newspaper Haaretz noted the day after his election, “Orban blamed all of Hungary’s problems on a Jew – and won, big time”.

Yet he was rewarded with an invitation to visit Israel, extended in a phone call from Benjamin Netanyahu, reportedly the first foreign leader to congratulate Orban on his victory because of his defence of Israel in international forums.

Read the article by Ben Hillier and Daniel Taylor in Red Flag.