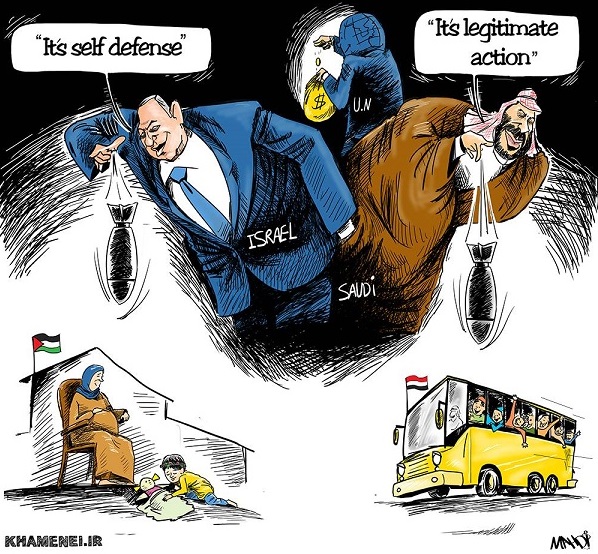 Refer to this cartoon from the Australasian Muslim Times (AMUST) posted by Mobinah Ahmad.

[Editor: Note that AMUST has fallen foul of the Australian Jewish community in the past.]