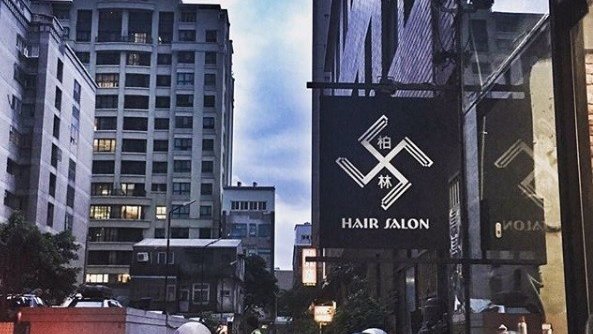 A Tawainese business, named ‘Berlin Hair Salon’, has finally covered swastika signs out the front of the store.

Owner Hsu Chen-yang originally defended the logo, and told EBC they were simply four razor blades and had no connection to the Nazi party.

He claimed people had urinated and defecated out the front of his store, and had been widely condemned by German and Jewish groups in the area.

Read the full article by Jessica Dunne at Ten Daily.