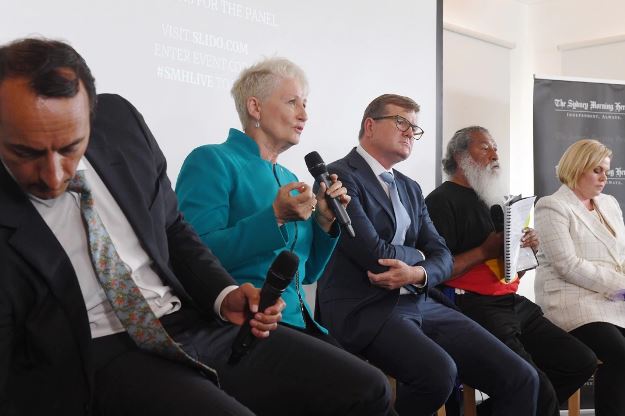 Kerryn Phelps who is leading the Liberal party’s Dave Sharma in in the Sydney electorate of Wentworth may back moving the Australian embassy from Tel Aviv to Jerusalem.

Dr Kerryn Phelps who is contesting Malcolm Turnbull’s blue ribbon seat of Wentworth has denounced the government’s sudden and controversial decision on Tuesday to consider relocating the Australian embassy in Israel from Tel Aviv to Jerusalem as “politically timed”.

The Jewish vote in Wentworth is believed to account for around 13 per cent of the primary vote.

Dr Phelps, who is Jewish, told forum at the NSW Jewish Board of Deputies on Tuesday night said the announcement was made “without a proper analysis of the defence, trade and security implications”.

But she has not ruled out supporting such a move, if she wins Wentworth, saying she would ask for a security briefing to help her decide.

Mr Sharma said Mr Morrison’s announcement – which would bring Australia into line with the US which has already moved its embassy to the holy city – had nothing to do with Saturday’s by-election.

It was driven by a UN resolution which required Australia declare its political intentions, he added.

Multiple voters at Tuesday’s forum told AAP they felt split on the issue.