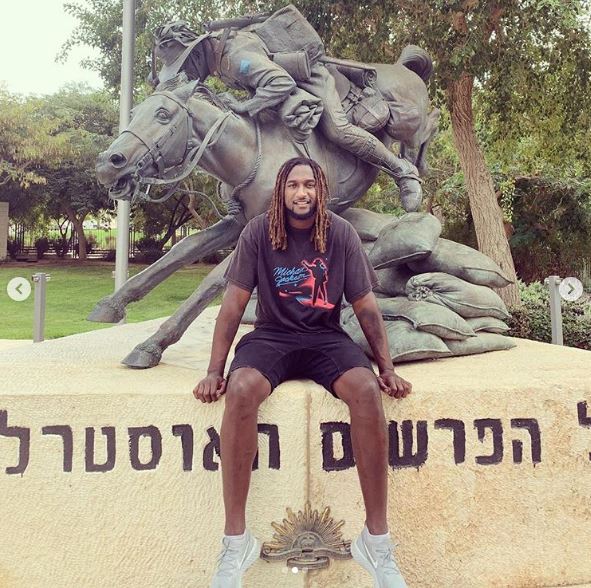 If being two metres tall, weighing 110kg, having dark skin and dreadlocks doesn’t make you stand out like a sore thumb in Israel, then having a surname very similar to the country’s prime minister will certainly do the trick.

In fact, the locals are already calling him ‘Bibi’ – the nickname of the nation’s two-time leader Benjamin Netanyahu.

And after an unfortunate Airbnb mix-up that saw him spend his first two nights in the “Frankston” of Tel Aviv, ‘Bibi Naitanui’ has relished his Israeli vacation and has even snuck in some rehab on his knee which required a season-ending reconstruction three months ago.

“I’ve started doing a lot of my rehab and cross-training and whatnot and weights with my leg,” Naitanui told The Four Hoarsemen podcast from Tel Aviv.

Read the article by Ronny Lerner in The Age.