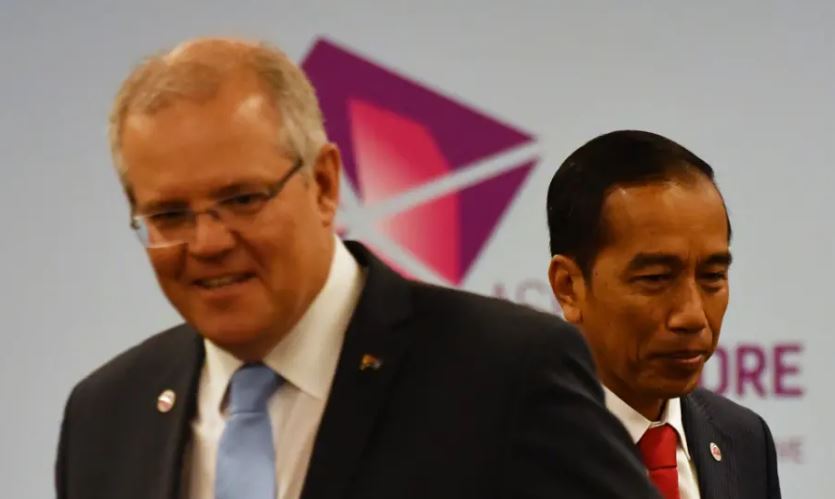 The Australia-Indonesia free trade deal has been put on hold with the Indonesian Trade Minister confirming there will be no agreement while Australia considers moving its embassy in Israel to Jerusalem.

Indonesia’s Trade Minister Enggartiasto Lukita told reporters in Singapore on Tuesday “it can be signed any time but when you will sign it … depends on Australia’s position [on the embassy]”.

Indonesian Foreign Minister Retno Marsudi has also “stressed that if Australia insists on moving its embassy to Jerusalem, the signing will be delayed,” Lukito added in comments reported by the Nikkei Asian Review.

Mr Morrison is due to hold a series of meetings with key allies – including China’s Premier Li Keqiang – on the sidelines of the summit.

He met with Indonesian President Joko Widodo on Wednesday morning for the first time since announcing Australia was considering moving its embassy in Israel to Jerusalem and update him on the possible relocation.

Indonesia – the world’s most populous Muslim country and a strong supporter of Palestine – is furious at the potential relocation.

Trade Minister Simon Birmingham, who is also in Singapore, confirmed negotiations over the free trade agreement have concluded but would not commit to a signing date.

Read the article by Stephanie Peatling in The Sydney Morning Herald.