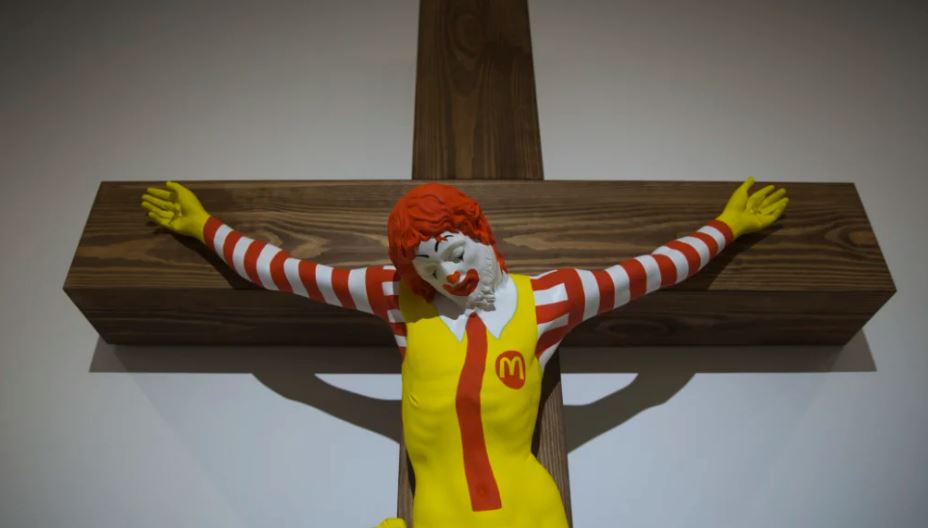 Hundreds of Christians calling for the removal of the sculpture, entitled McJesus, demonstrated at the museum in the northern city of Haifa last week. Israeli police say rioters hurled a firebomb at the museum and threw stones that wounded three police officers. Authorities dispersed the crowds with tear gas and stun grenades.

Church representatives brought their grievances to the district court on Monday, demanding it order the removal of the exhibit’s most offensive items, including Barbie doll renditions of a bloodied Jesus and the Virgin Mary.

Museum director Nissim Tal said that he was shocked at the sudden uproar, especially because the exhibit – intended to criticise what many view as society’s cult-like worship of capitalism – had been on display for months. It has also been shown in other countries without incident.

The protests appear to have been sparked by visitors sharing photos of the exhibit on social media.

Christians make up a tiny percentage of Israel’s Arab minority and say they face unique challenges.