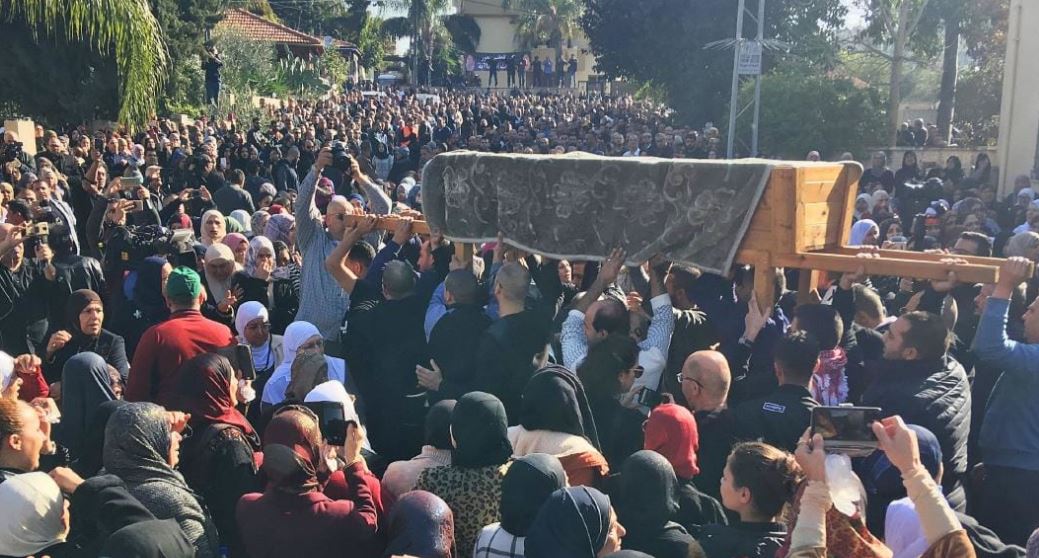 Aya Maasarwe laid to rest in home town in Israel

Aya Maasarwe has been returned to her family and her home, laid to rest in a heartbreaking funeral in Israel overnight attended by thousands of mourners.

The people of Baqa al-Gharbiyye in northern Israel turned out to pay their final respects to Aya and her family, lining the street for blocks and offering prayers for the 21-year-old student, brutally killed in Melbourne a week ago. Her devastated father, Saeed, exhausted but still composed, walked behind his daughter’s casket as she made her final journey to the local cemetery. Two male relatives supported him as he walked.

“Best regards to all Australian people of many things,’’ he found the time to say, after his daughter was placed in the earth. “Aus­tralian people can teach another people, another country, the ­humanity and the solidarity with people when they have a problem.’’

It was a remarkable act of graciousness from a man whose daughter was killed in Australia as she stepped off a tram to return to her student accommodation at La Trobe University at Bundoora.

Aya’s mother, Khitam, and sisters Noor, Lena and Roba mourned with the women of their community inside their house, while male relatives carried her from the Al-Siraat Mosque to her burial site under a pine tree nearby.

Read the article by Ellen Whinnett in The Australian.