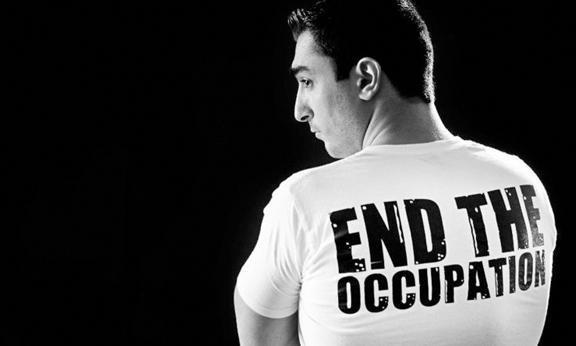 The Israel lobby in Australia is trying to block Palestinian American poet Remi Kanazi from receiving a visa to speak in the country.

Kanazi is scheduled to participate in the annual Marxism conference in Melbourne next month and to undertake a performance tour in Australia.

Kanazi told The Electronic Intifada that on 27 March he applied for an Electronic Travel Authority – an online authorisation to travel to Australia.

Within hours he received an email informing him: “An automated assessment has been made. Unfortunately your application is one of a small number of applications that cannot be approved due to checks required by the Australian Government”.

Kanazi said he plans to follow the instructions contained in the email in order to continue his application through an Australian consulate, and hopes to visit the country as planned.

Yet as Kanazi goes through the process he faces a campaign of defamation and pressure by anti-Palestinian activists smearing him as an anti-Semite and a supporter of “terrorism” – standard tactics of Israel and its lobby groups seeking to silence Palestinians and those who advocate for their rights.

Widely published, Kanazi has in fact used his poetry and political commentary for years to convey a strong anti-racist message and to express solidarity with peoples’ liberation struggles in Palestine, the United States and around the world.

Read the article on Red Flag.