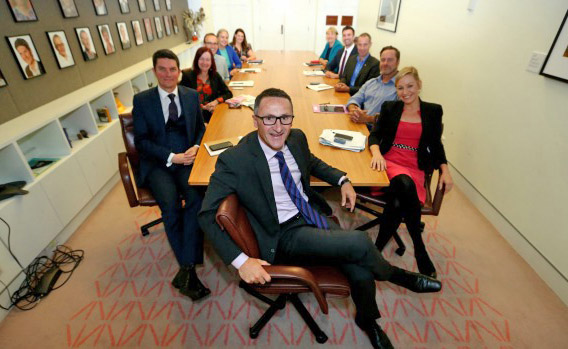 Greens keen to defeat the Jews

With all the excitement about Australia being in the Eurovision grand final, it’s worth recalling that last May Lee Rhiannon, a Greens senator at the time, pressured then SBS managing director Michael Ebeid to drop its broadcast because it would be held in Tel Aviv and therefore “could impact on Palestinians”.

Rhiannon, who was sitting on the Senate Standing Committee on Environment and Communications, melodramatically told the committee it “could actually impact on who lives and who dies”.

The Greens’ candidate for the eastern Sydney seat of Kingsford Smith, James Cruz, has tweeted his own call to boycott Eurovision in Israel.

Rhiannon’s replacement in the Senate, Mehreen Faruqi, has spent her first few months in federal parliament appearing at events hosted by Palestine Action Group Sydney, an organiser of the Eurovision boycott.

Ebeid dismissed Rhiannon’s calls for a boycott: “The whole point of Eurovision is to forget politics, forget all of that and unite communities and countries together in the spirit of song.” But for so many Greens, when it comes to Israel and the Palestinians, nothing is beyond politics.

Moreover, with recent reports of Greens candidates outed as supporters of boycott, divestment and sanctions against Israel — despite it not being official Greens policy — we are entitled to ask whether the Greens are a party that cynically says one thing but does another.

Read the article by Ahron Shapiro in The Australian.