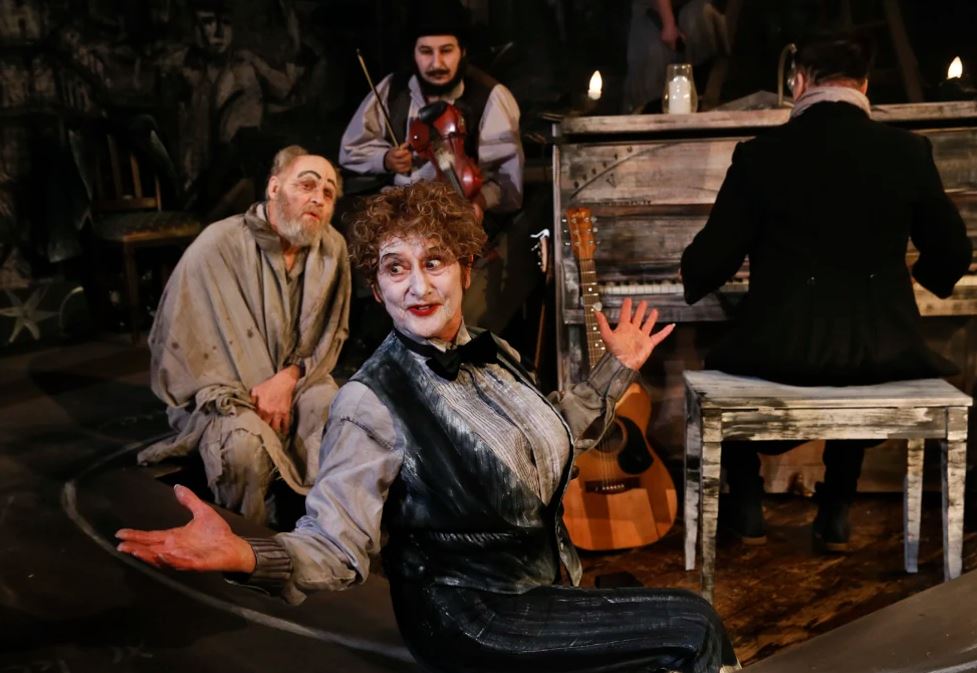 The Holocaust cabaret you need to see

A cabaret set amid the horror and deprivation of Jewish ghettoes in World War II? You’d have to be crazy. Totally meshugah. Yet Galit Klas has created one of the most ambitious and stirring, blackly funny and profoundly sad works of cabaret I’ve seen.

She has some astonishing source material to draw upon. Sung in Yiddish and English, the songs in The Ghetto Cabaret proceed from the indomitable Jewish artists who continued to write poetry, compose music and mount theatrical performances even in the shadow of genocide.

One brilliant aspect of the show is how deeply, under Gary Abrahams’ direction, it links the strengths of cabaret – that irreverent, all-inclusive, seat-of-the-pants quality of variety entertainment – to the desperate circumstances of ghetto performers.

Dann Barber’s set and costumes summon the ghost of Weimar to a dilapidated ghetto theatre and, together with Rachel Burke’s sepia lighting, evoke a tenuous sanctuary in a war-torn underworld. Here, at least until the lights go out, a motley troupe seizes the hour allotted them by authorities.

Headed by an emcee in a dusty tux (Evelyn Krape) who promises to make us laugh and cry, the cast swiftly unleashes a labile stream of acts. There are opera and slapstick, satirical sketches and puppetry alongside musical theatre numbers that range from piercing laments to thigh-slapping, klezmer-style choruses.

Read the review by Cameron Woodhead in The Age.