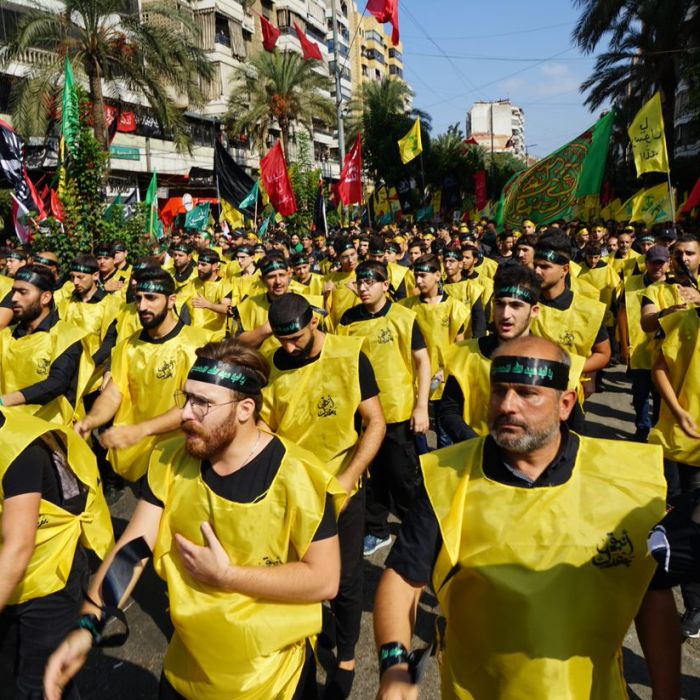 Thousands of Hezbollah supporters march in the streets of Beirut

Thousands of Hezbollah supporters have hit the streets in south Beirut, as the militant group trades barbs with Israel just days out from the rerun of Israeli elections.

It’s also one week since Israel and Hezbollah exchanged fire on Lebanon’s southern border, and Hezbollah’s leader says the group will fight back if necessary.

Correspondent Adam Harvey has been speaking to Hezbollah members in its Beirut stronghold.