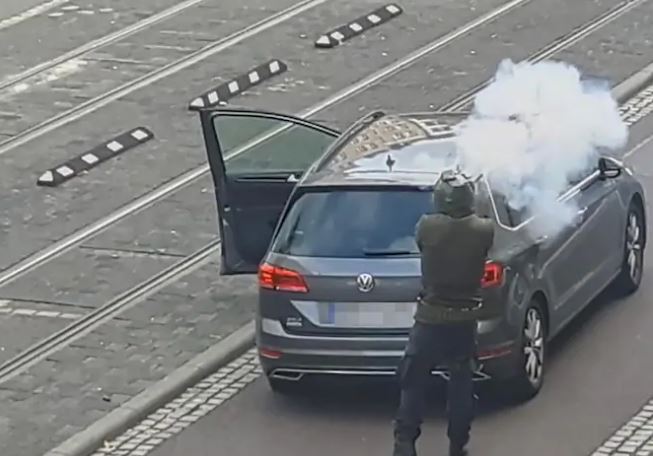 A gunman who allegedly shot and killed two people outside a German synagogue reportedly ranted about feminism, immigration and Jews in a live-stream of the rampage.

A 35-minute video was posted to live-streaming video platform, Twitch, after the gun attack on Yom Kippur, the holiest day on the Jewish calendar, in which explosives were left near the synagogue and a grenade thrown into a Jewish cemetery in Halle, Germany.

In a clip from the video, the suspect, speaking in English called himself “Anon” and said he was a Holocaust denier during the racist diatribe.

“Feminism is the cause of declining birth rates in the West, which acts as a scapegoat for mass immigration, and the root of all these problems is the Jew,” he said, filming himself in a car before starting the attack.

The video was verified by the International Centre for the Study of Radicalisation (ICSR) at King’s College London after being shared online.

The suspect was later arrested after trying to flee in a taxi, sources told German media.

The filmed attack, which is still being circulated online, had echoes of Brenton Tarrant’s attack on a Christchurch mosque last March when the 28-year-old Australian live-streamed the murders of 51 people.

Read the article by Stephen Drill with AP, staff writers on Perth Now.