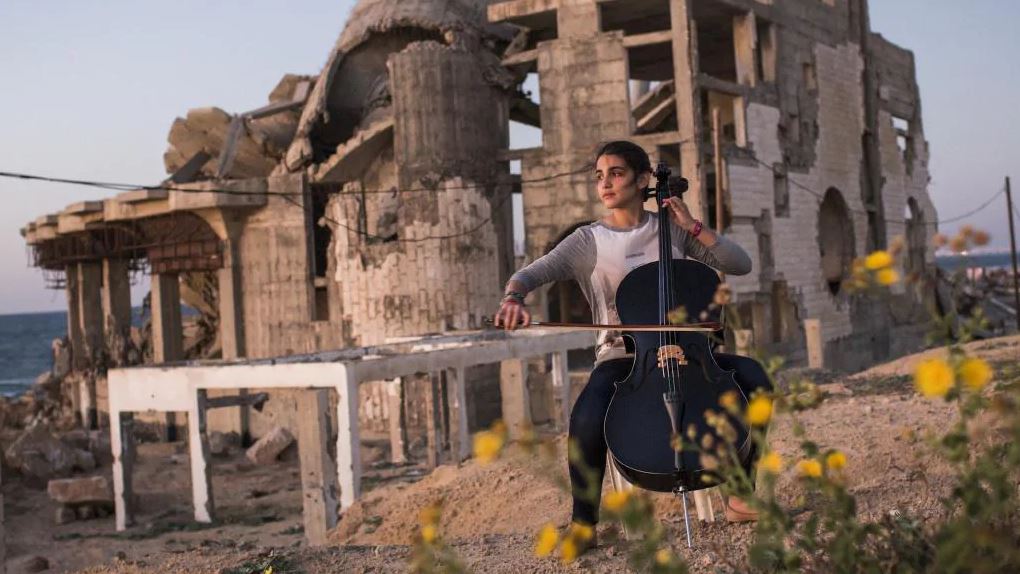 The Palestinian Film Festival, which is screening for only the second time in Tasmania, aims to raise awareness of a delicate — and deadly — political issue by shining a light on the people most affected by it.

ASPIRING cellist Karma Khaial sits among the rubble of an arts centre destroyed by war on the Gaza Strip, a tiny coastal wedge of land between Israel and Egypt.

It’s an evocative and complex portrait of resilience from the compelling Irish documentary Gaza — Ireland’s 2020 Oscars entry — which speaks to the central themes and purpose of this year’s Palestinian Film Festival, which opens at the State Cinema in North Hobart tomorrow night.

“The photo resonated with me and others because it shows the resilience of people and their love of life,” says festival director Naser Shakhtour. “It says despite all the disaster around us, the siege and blockade and Gaza’s isolation from the world, we are happy and want to celebrate life and carry on and play music and go swimming.”

The film festival is in its 10th year, but this is only the second time it has been held in Tasmania. A group of Tasmanians, led by Hobart barrister Greg Barns, who will open the event, hopes the films will help raise awareness about the plight of Palestinians living in Gaza, which is blockaded on every side by Israel and Egypt.

Almost two million Palestinians live in poverty. They have experienced three wars in the past decade alone. The UN has publicly said that the Gaza Strip will be unliveable by 2020.

“We have a number of Palestinians living in Tasmania associated often with the university as students or academics, but we also have support from people who have backgrounds from the Middle East generally,” he says. “More broadly, there is a great deal of sympathy and empathy for Palestinians among other migrants in Tasmania. We want to make sure Tasmanians get the opportunity the rest of Australia has, and that is to understand the richness of Palestinian culture and bring to light the struggle of Palestinians in their day-to-day lives.”

Read the article by Penny McLeod in the Mercury.