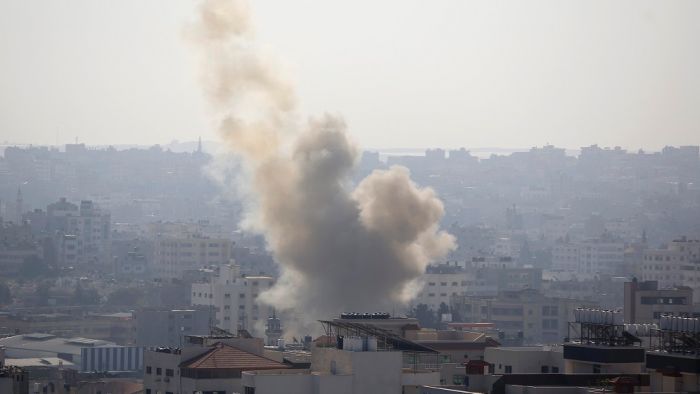 Israel could be facing a serious conflict with armed factions in the Gaza Strip after it assassinated a Palestinian militant leader.

But the attack triggered the launch of hundreds of rockets by his militant faction and threatens to start a larger conflict between armed groups in Gaza and Israel.