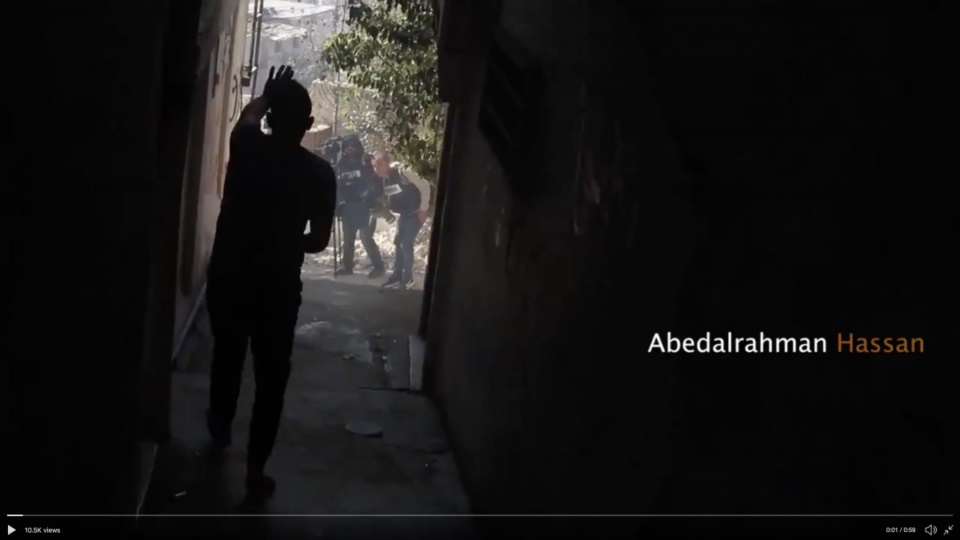 Israeli troops have shot and killed a young Palestinian man during clashes in a West Bank refugee camp, but an amateur video indicated the man was unarmed and not participating in the unrest when he was shot. The Israeli military said it was investigating.

The Palestinian Health Ministry said Omar Badawi, 22, was shot in the chest during the confrontation in the Aroub refugee camp, near the city of Hebron, and later died of his wounds.

The Israeli military said that troops had arrived in the refugee camp after Palestinians threw rocks and firebombs at a nearby highway. The army says soldiers came under attack by a large group of Palestinians throwing stones and firebombs and responded with tear gas and live fire. It could not confirm whether or not Mr Badawi was involved.

Hours later, a video appearing to show the shooting began circulating on social media. In the video, a young man is seen walking in an alley between two buildings, with one hand in the air and carrying a towel in the other. As he exits the tunnel, he appears to be shot from the side.

Abdel-Rahman Hassan, a Palestinian cameraman who said he filmed the incident, said Mr Badawi only exited his home to put out a fire that had broken out next to the house.

Read the article by Mohammed Daragmeh in The New Daily.