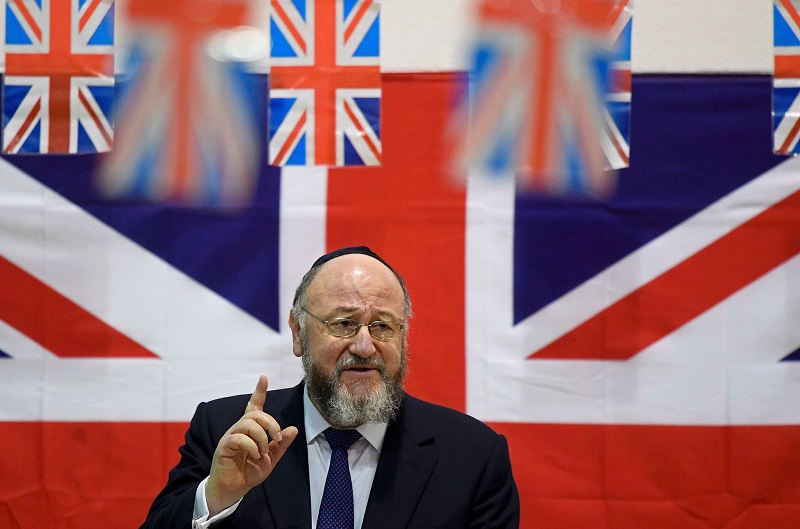 The unprecedented warning by Britain’s Chief Rabbi about rampant anti-Semitism in Jeremy Corbyn’s Labour Party is a stark reminder of the heavy responsibility facing British voters next month. There are countless reasons for them to ensure the lunar-left Mr Corbyn and his comrades do not end up in Downing Street. But none is more compelling than what Chief Rabbi Ephraim Mirvis termed the “poison” of anti-Semitism that has gained momentum under Mr Corbyn. The Labour leader has boasted of his “friendship” with terrorist groups such as Hamas, whose charter commits it to the extermination of every Jew.

Never before has a British chief rabbi felt compelled to intervene in an election in such a way. Rabbi Mirvis is normally non-political. His view that Mr Corbyn is “unfit for high office” deserves to resonate with voters, especially with those who traditionally support Labour. Mr Corbyn’s claims that he has “investigated every case” of anti-Semitism within his party have been dismissed by Rabbi Mirvis as “mendacious fiction”. Christian, Sikh, Muslim and Hindu leaders, to their credit, are supporting the Chief Rabbi.

As Rabbi Mirvis said, anti-Semitism at the heart of a party that potentially could win the election raises serious concerns about Britain’s “moral compass”. Post World War II, when the UK became a refuge for so many Jewish emigres, British Jews mostly voted Labour. That changed when Margaret Thatcher was prime minister. But many returned to Labour under Tony Blair.