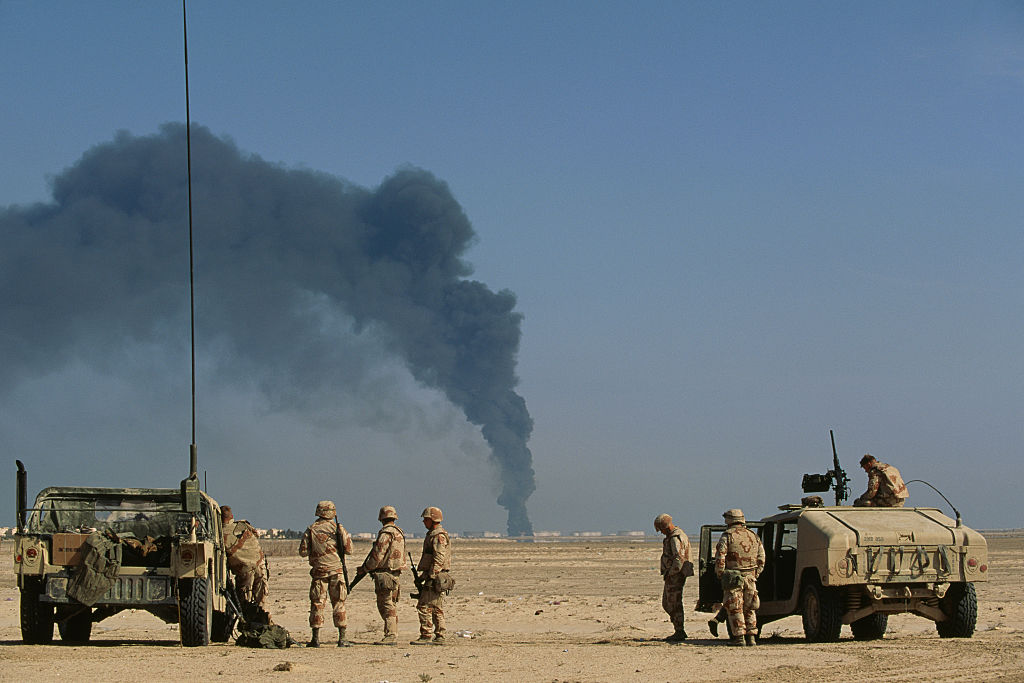 It was 5 August 1990, just days after Saddam Hussein’s Iraq had invaded and conquered all of Kuwait, and US President George H.W. Bush could not have been clearer as he spoke from the South Lawn at the White House: ‘This will not stand, this aggression against Kuwait.’ Over the next six months, Bush proved to be a man of his word, as the United States sent half a million soldiers to the Middle East and led an international coalition that liberated Kuwait.

Three decades later, a very different American president embraced a very different US policy. In the wake of abandoning its Kurdish partners in Syria who had fought valiantly in defeating Islamic State terrorists, the US stood by as Iranian drones and missiles attacked Saudi Arabian oil installations, temporarily taking half of its capacity offline.

Welcome to the post-American Middle East. To be fair, the phrase is something of an exaggeration, as the US hasn’t withdrawn from the region. In fact, it has recently sent additional troops to deter and, if necessary, help defend Saudi Arabia from future Iranian attacks and possibly respond directly to them. But there’s no getting around the fundamental truth that the US has reduced both its presence and role in a region that it has dominated for nearly half a century.

The roots of this trend date back to President George W. Bush, whose decision to launch an ill-advised and poorly designed war of choice against Iraq proved to be a turning point in US foreign policy. The high costs and poor results of that war turned the American public against military involvement in the region, which influenced President Barack Obama as he chose not to follow through on his warnings to Syria’s government that use of chemical weapons would cross a ‘red line’ and trigger grave consequences. Obama also decided not to follow up the NATO-led intervention in Libya that removed Muammar Gadaffi’s regime but left behind a divided country and a failed state.

Read the article by Richard N.Haass in The Strategist.