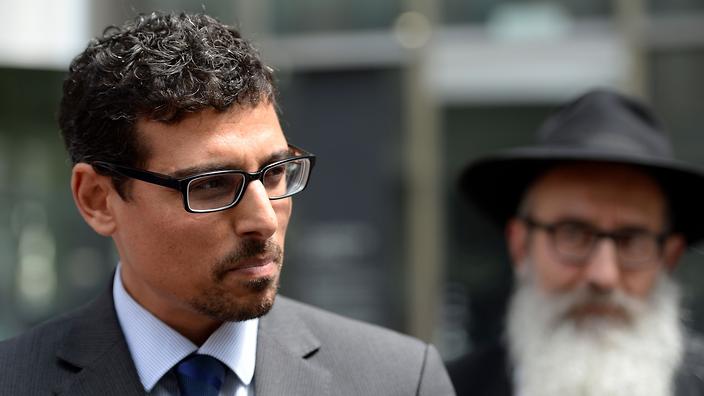 Manny Waks, who is one of David Cyprys' victims and the founder and Director of Tzedek, speaks to the media outside the County Court in Melbourne, Friday, Dec. 20, 2013. David Cyprys was sentenced to prison for sexually abusing boys at Melbourne's Jewish Yeshivah Centre. (AAP Image/Mal Fairclough) NO ARCHIVING

Israeli police are investigating the alleged assault of an Australian student while on a high school trip overseas.

The student was in Israel as part of a six-week overseas study program when she was allegedly assaulted by a fellow pupil.

Bialik College principal Jeremy Stowe-Lindner has since travelled to Israel to provide support to staff and students. He said the authorities were immediately notified.

He said he was “deeply saddened” to learn of the allegations, with both parties involved in the incident being minors.

Bialik College in Hawthorn East is one of the state’s most high-achieving schools, with the Jewish private school repeatedly scoring in the top three VCE performers in recent years.

A select group of year 10 students from Jewish campuses in Australia travel to China and Israel throughout November and December.

Jewish anti-child abuse campaigner Manny Waks said he believed those impacted by the incident were being afforded the best support available at this time.

“I feel for all the parties concerned but especially for the alleged victim and her family,” Mr Waks said.

Read the article by Erin Pearson in The Age and WAToday.