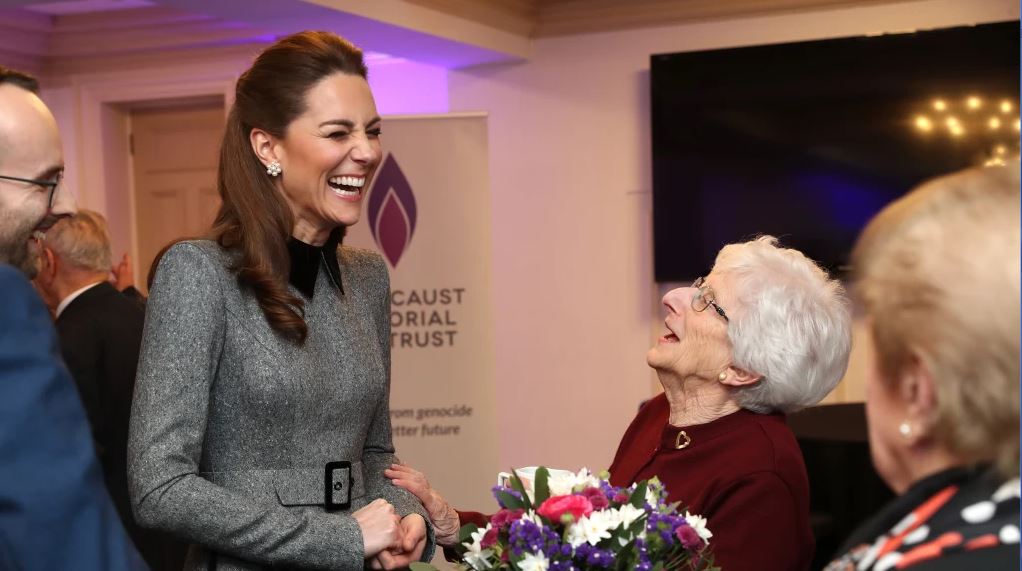 Duchess Kate of Cambridge, an ardent amateur photographer, proved her skills in Old Master-style photo portraits she took of Holocaust survivors to mark the 75th anniversary of the liberation of the Nazis’ Auschwitz-Birkenau concentration camp.

The moving and artistically impressive photos were released by Kensington Palace Sunday night in advance of the annual Holocaust Memorial Day commemorative ceremony in Westminster on Monday.

Prince William and his wife, the former Kate Middleton, were in attendance. Will, second in line to the throne, increasingly represents his father, Prince Charles the Prince of Wales, and his grandmother, Queen Elizabeth II, at important ceremonies such as this.

The ceremony took place on January 27, the anniversary of the liberation of Auschwitz-Birkenau, and honours survivors of the Holocaust, Nazi persecution, and subsequent genocides in Cambodia, Rwanda, Bosnia and Darfur.

This year marks the 75th anniversary of the liberation of Auschwitz-Birkenau, a complex of more than 40 concentration and extermination camps operated by the Nazis in occupied Poland. More than 1 million people, most of them Jewish, were murdered there during WWII.

Kate, 38, who has regularly released photos she has taken of her children and who is patron of the Royal Photographic Society, described the people she photographed as “two of the most life-affirming people that I have had the privilege to meet,” according to the palace.

One image shows 84-year-old Steven Frank, originally from Amsterdam, alongside his granddaughters Maggie and Trixie Fleet, aged 15 and 13. The photo, in its composition and its sharp contrasts of light and dark, seems to be inspired by the beloved Dutch artist Johannes Vermeer.

Read the article by Maria Puente in The Sydney Morning Herald.