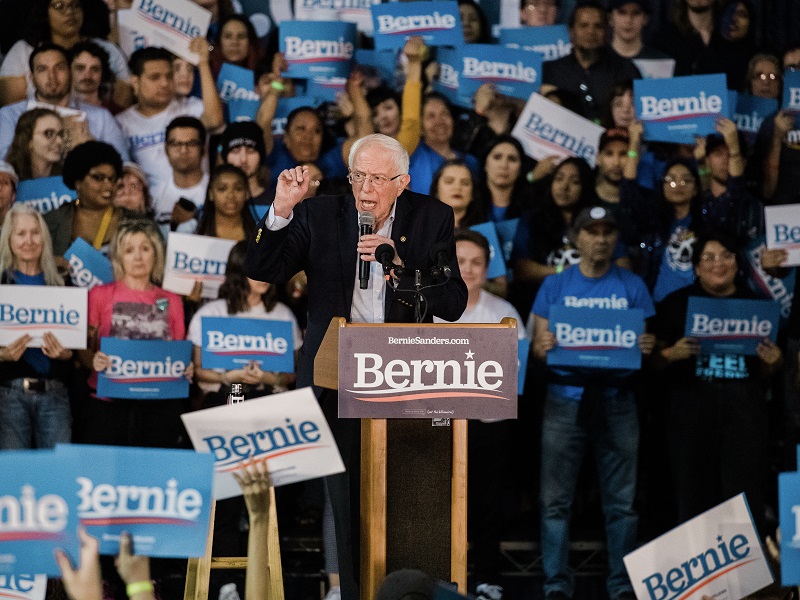 An unidentified man disrupted a Bernie Sanders rally in Phoenix, Arizona by waving a large Nazi flag from the upper stands as the politician who could potentially become the nation’s first Jewish president spoke to thousands of supporters on Thursday night.

Video taken by a Snapchat user showed an individual in a white shirt unfurling the flag behind Sanders.

The hateful symbol appeared at a time when the United States has grappled with a resurgence of anti-Semitic violence, such as the 2018 synagogue shooting that killed 11 Jewish worshippers in Pittsburgh.

Speaking to reporterson Friday, Sanders condemed the display at his rally and called it “unspeakable.”

“It is horrific, it is beyond disgusting, to see that in the United States of America, there are people who would show the emblem of Hitler and Nazism,” he said.

Read the article by Kayla Epstein in Business Insider Australia.