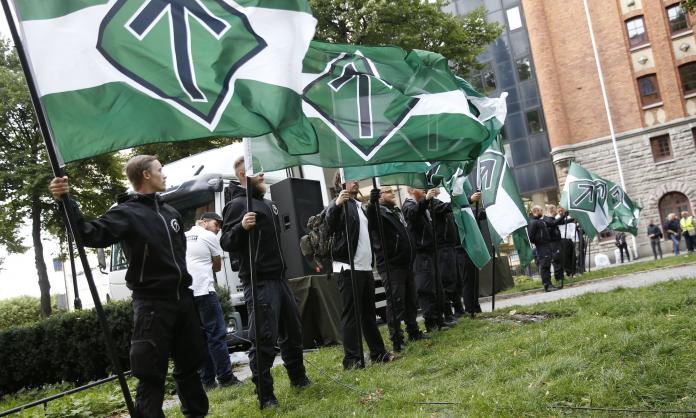 Fascists and the far right see an opportunity in the pandemic

An American neo-Nazi planned to  bomb a hospital full of COVID-19 patients, while Hungary’s far-right government has used the pandemic to wipe out democratic rights.

American neo-Nazi Timothy Wilson started building a bomb in mid-March. He planned to attack a Missouri hospital treating COVID-19 patients to accelerate the spread of the disease and invite social chaos, which he figured could be exploited to usher in a new world order of fascist ethno-states.

Wilson’s plan was stymied by the authorities after he was killed at his home in a shoot-out with FBI officers. But the incident is emblematic of a growing current of thought within the far-right around the world. According to a US Federal Protective Service intelligence brief, there has even been discussion in neo-Nazi forums about spreading the disease among migrant communities by “coughing on doorknobs”.

In the fevered imagination of neo-Nazis, white supremacists and eco-fascists, the virus is an opportunity. For some, like US shock jock Alex Jones, the crisis is a financial opportunity. His Infowars online store is doing a roaring trade in bogus anti-virals and “survival food”. For others, the opportunity is more political. Simon Lindberg, for example, leader of the neo-Nazi “Nordic Resistance Movement” in Sweden, wrote on the movement’s website that COVID-19 “might be precisely what we need in order to bring about a real national uprising and a strengthening of revolutionary political forces”.

Read the article by Vashti Fox in Red Flag.