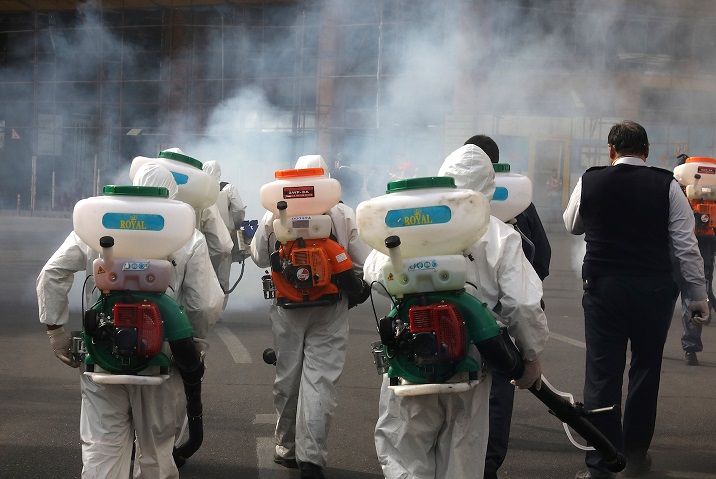 More than 700 people in Iran have died from taking toxic methanol to rid themselves of the novel coronavirus, the Associated Press reported.

More than 5,000 people had been poisoned from methanol alcohol with 525 deaths since February 20, Iranian health ministry spokesman, Kianoush Jahanpour said, according to the AP.

The 700-plus figure is higher than the official number, and adviser to the ministry Hossein Hassanian told the AP that the figure takes into account 200 deaths from poisonings that happened outside of hospitals.

Methanol is a substance that is undetectable, and can’t be smelled or tasted and the Iranian government has asked manufacturers to add artificial colour to the product so people can differentiate it from ethanol which is used to treat wounds. Methanol can cause delayed organ and brain damage with symptoms like chest pain, nausea, hyperventilation, blindness, and even coma, the AP reported.

However, according to the AP, some bootleg makers of the toxic substance have also added: “a splash of bleach to mask the added colour before selling it as drinkable.”

Iranian health ministry spokesman, Kianoush Jahanpour said at least 90 people lost their eyesight or are suffering eye damage due to the alcohol poisoning, according to the AP.

Read the article by Sarah al-Arshani in Business Insider Australia.