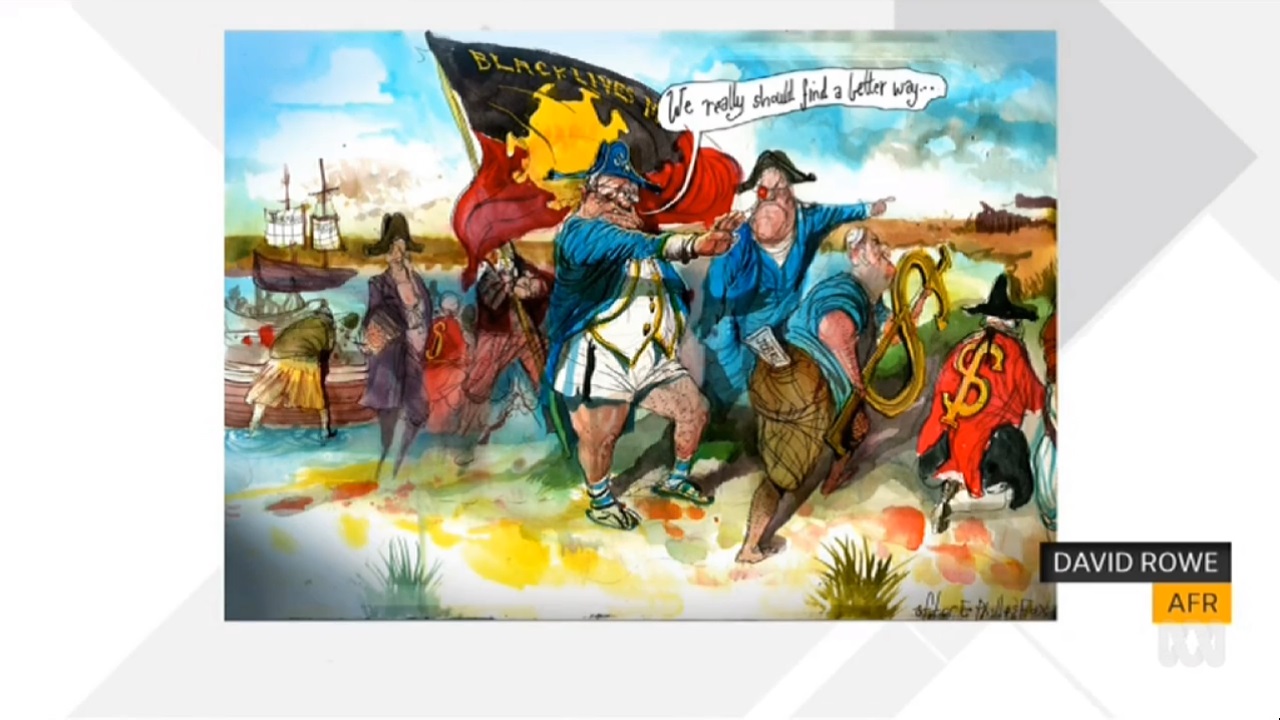 The AFR issued a lengthy statement on Monday after anger from several members of the Jewish and wider community over a David Rowe cartoon portraying Frydenberg holding a dollar sign with a hook nose and wearing what appeared to be a kippah.

The ABC Insiders report of this incident couldn’t bring itself to mention that the furore over this cartoon had to to do with the A word antisemitism. The journalists referred to those anonymous people who got in touch with the AFR to tell them how disgusting, disrespectful and out of touch with reality the cartoon was.  Yes these so-called people, not too hard to guess what organisations they would have been representing.

I suppose we can be grateful at least that the ABC actually covered this newsworthy incident instead of ignoring it.