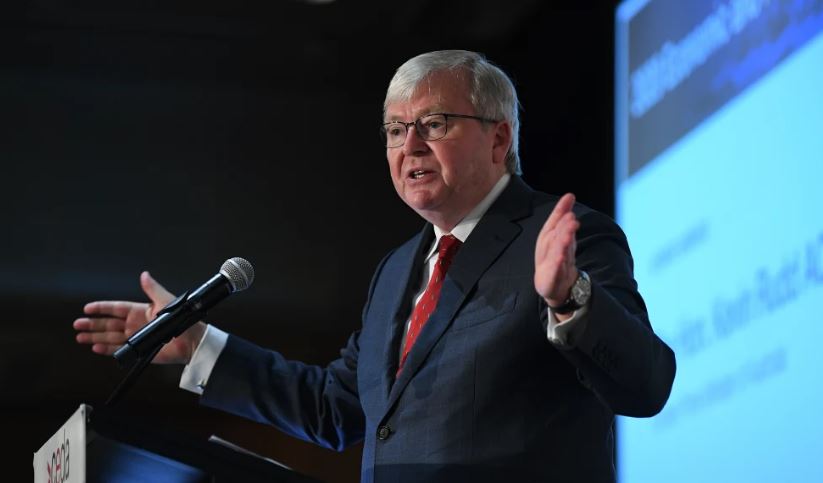 Former prime minister Kevin Rudd has called on the Australian government to condemn Israel’s proposed annexation of large parts of the West Bank, which he says would undermine the shared goal of a two-state solution and violate international law.

The Israeli cabinet is poised to finalise its internationally contentious plans in coming days amid growing international opposition and calls for sanctions to be imposed if the proposal is implemented.

Israel’s move, paved by US President Donald Trump’s “vision for peace” plan, would apply sovereignty to up to 30 per cent of the West Bank, covering Israeli settlements and the fertile agricultural lands of the Jordan Valley, from July 1.

It has provoked wide-scale condemnation as a violation of international law by the British government, most of Europe, more than 250 leading international lawyers, 50 independent UN experts and by 1000 European parliamentarians.

Mr Rudd, a former foreign minister, said the proposal risked destabilising the region at an already volatile moment given the impacts of COVID-19 and would violate the United Nations’ charter.

“Friends speak plainly to each other,” Mr Rudd told The Sydney Morning Herald and The Age.

“As a longstanding supporter of Israel’s right to exist with peace and security for the Israeli people, I urge the Israeli government to urgently reconsider this proposed course of action.”

Mr Rudd said the Morrison government had an obligation to “speak up” in defence of international law as a responsible middle power.

Read the article by Rob Harris in The Sydney Morning Herald and  the Brisbane Times.