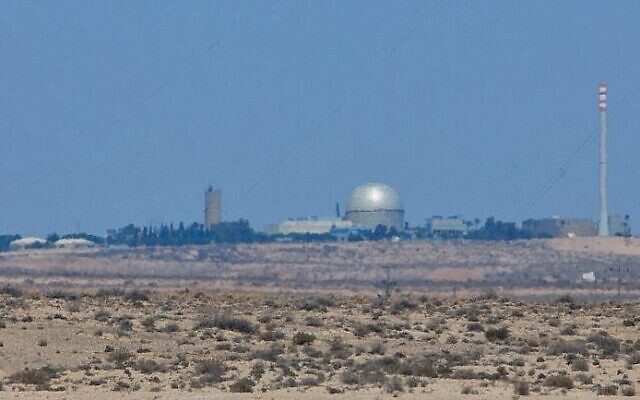 ‘An eye for an eye’: Missile strikes near Israeli nuclear reactor, prompting retaliation

Jerusalem: A missile launched from Syria was fired into southern Israel early on Thursday, setting off air raid sirens near the country’s top-secret nuclear reactor, the Israeli military said. In response, it said it attacked the missile launcher and air-defence systems in neighbouring Syria.

The incident, marking the most serious violence between Israel and Syria in years, pointed to likely Iranian involvement.

Iran, which maintains troops and proxies in Syria, has accused Israel of a series of attacks on its nuclear facilities, including sabotage at its Natanz nuclear facility on April 11, and vowed revenge. It also threatened to complicate US-led attempts to revive the international nuclear deal with Iran.

The Israeli army said it had deployed a missile-defence system but could not confirm if the incoming missile was intercepted, though it said there had been no damage. The air raid sirens were sounded in Abu Krinat, a village just a few kilometres from Dimona, the Negev desert town where Israel’s nuclear reactor is located.

Explosions heard across Israel might have been the air-defence systems.

The Israeli military initially described the weapon fired as a surface-to-air missile, which is usually used for air defence against warplanes or other missiles. That could suggest the Syrian missile had targeted Israeli warplanes but missed and flown off errantly.

However, Dimona is some 300 kilometres south of Damascus, a long range for an errantly fired surface-to-air missile.

Read the article by Josef Federman in The Age.