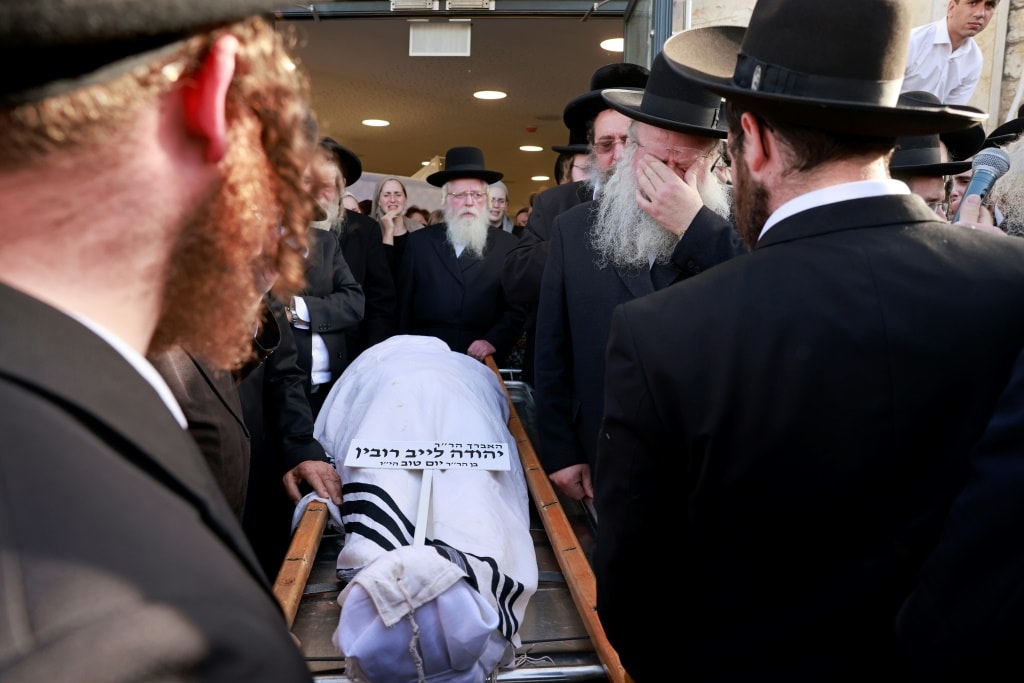 Jmedia Manager
Print
May 2, 2021 40
Israel was preparing Saturday to bury more victims of a stampede that killed at least 45 people at a Jewish pilgrimage site, one of the nation’s worst peacetime disasters.

Most of the victims were ultra-Orthodox Jews and funerals were expected to be held after sunset which ends the Sabbath, the Jewish day of rest.

Tens of thousands of people had thronged to Mount Meron and the reputed tomb of Rabbi Shimon Bar Yochai to mark the Lag BaOmer holiday and commemorate the second-century Talmudic sage’s death.

“Due to the start of the Sabbath, and by order of the Chief Rabbi of Israel, it is not possible to continue the process” of identification or to hold funerals, it said, adding that this would resume from Saturday evening.

Identification of some of the bodies may require fingerprinting, DNA and dental testing, the ministry said.

Work must be done “responsibly” to avoid mistakes, he added.

In a cruel irony, the Lag BaOmer holiday celebrates the end of a plague that killed thousands of Talmudic students at the time of Rabbi Bar Yochai.

Officials had warned overcrowding could lead to a spike in infections, and only authorised 10,000 to attend.

Before the tragedy, a tightly-packed crowd was singing and dancing, praying and lighting candles, according to images filmed by AFP.