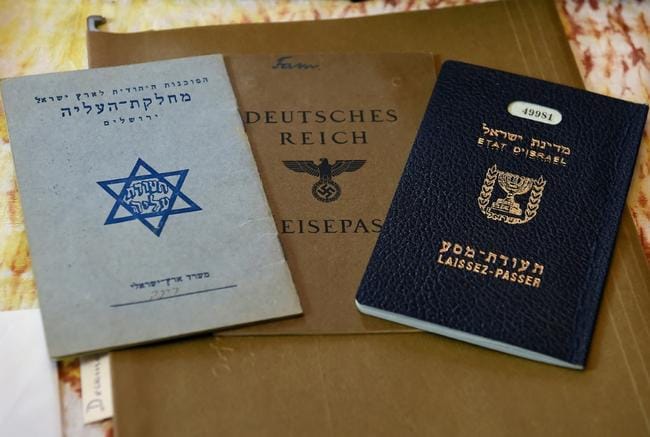 Jmedia Manager
Herald Sun
May 3, 2021 75
Even if they rarely speak German and some have never set foot on Austrian soil, nearly 76 years after the Holocaust, descendants of those forced out of Austria by the Nazis are reclaiming the nationality stolen from their ancestors.

“It was very important for me,” says 17-year-old American high school student Maya Hofstetter, who wants to piece together the fragments of her great-grandmother’s painful history.

The motivations of the applicants — whose relatives were all Jewish although the law does not concern only Jewish victims — vary.

Only after World War II did Otto learn that his family had died in the Nazi camps.

More than 65,000 of them were killed in the Holocaust, with the vast majority of the rest having to flee to survive, settling in locations as far flung as Shanghai and Buenos Aires.

Haas, now 63, practises that most Viennese of professions: he is a psychoanalyst.

Rohrlich’s grandfather escaped before the outbreak of the war and got into Harvard in 1946, four years after his parents died in a concentration camp.

“Anytime we asked him about it, we would usually get a one-sentence answer,” he says.

Read the article in The Australian (AFP) and Herald Sun.