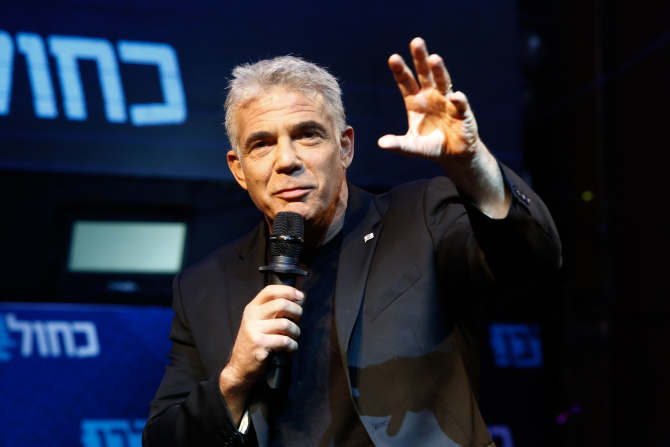 Jerusalem: Yair Lapid, the centrist politician and former media celebrity whose party took second place in Israel’s March election, has been picked by the country’s President to try to end a two-year gridlock to form a new government.

Lapid pledged to forgo the prime ministership if that’s what it would take to form a coalition of diverse parties that could oust Prime Minister Benjamin Netanyahu from power.

The unusual exercise in political humility stemmed not from modesty, but from the difficulties he knew he would face in mustering enough parliamentary support to form an alternative government.

Now, after Netanyahu failed to form a viable coalition by Tuesday’s midnight deadline, Lapid’s political skills and sincerity will be put to the test. President Reuven Rivlin has given him the next shot at cobbling together a government that might send Netanyahu into the opposition.

In a televised address, Rivlin said the former finance minister had the pledged support of 56 of parliament’s 120 members, still short of a majority. He has 28 days to form a coalition.

Lapid’s party, Yesh Atid (There is a Future), won 17 seats in the inconclusive election, Israel’s fourth in two years. But its path to power is hampered by the disparate nature of the anti-Netanyahu bloc, which is made up of numerous small parties with clashing agendas. Some of its right-wing elements view Lapid as too left-wing to lead an alternative government.

Read the article by Isabel Kershner in The Age.