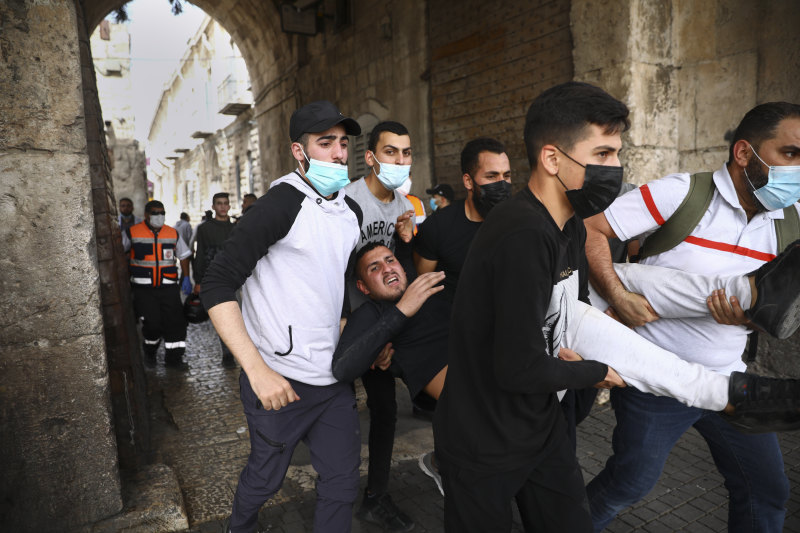 Jerusalem: Israeli police firing tear gas, stun grenades and rubber bullets clashed with stone-throwing Palestinians at a flashpoint Jerusalem holy site on Monday, the latest in a series of confrontations that threatened to push the contested city toward wider conflict.

More than a dozen tear gas canisters and stun grenades landed in the Al-Aqsa Mosque, one of Islam’s holiest sites, as police and protesters faced off inside the walled compound that surrounds it, said an Associated Press photographer at the scene. Smoke rose in front of the mosque and the iconic golden-domed shrine on the site, and rocks littered the nearby plaza. Inside one area of the compound, shoes and debris lay scattered over ornate carpets.

The confrontation was the latest after weeks of mounting tensions between Palestinians and Israeli troops in the Old City of Jerusalem, the emotional centre of their conflict. There have been almost nightly clashes during the Muslim holy month of Ramadan, already a time of heightened religious sensitivities.

Read the article by Ilan ben Zion and Joseph Krauss in The Age.