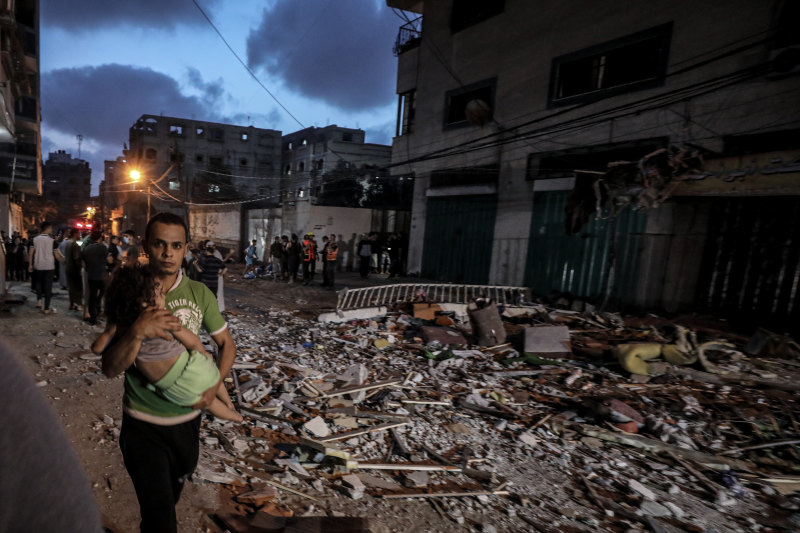 Netanyahu says air strikes on Gaza could ‘continue for some time’

Gaza City: Israel unleashed new air strikes on Gaza on Tuesday, hitting the high-rise home of a Hamas field commander and two border tunnels dug by militants, as Hamas and other armed groups fired dozens of rockets toward Israel.

Since sundown on Monday (Tuesday AEDT) when the cross-border fighting erupted, 24 Palestinians – including nine children – were killed in Gaza, most by air strikes, Gaza health officials said. The Israeli military said 15 of the dead were militants. During the same period, Gaza militants fired more than 200 rockets toward Israel, injuring 26 Israeli civilians.

This was preceded by hours of clashes on Monday between Palestinians and Israeli security forces, mainly in Jerusalem but also across the West Bank. More than 700 Palestinians were hurt, including nearly 500 who were treated at hospitals.

The current violence, like previous rounds, was fuelled by conflicting claims over Jerusalem, home to major holy sites of Islam, Judaism and Christianity. The rival national and religious narratives of Israelis and Palestinians are rooted in the city, making it the emotional core of their long conflict.

In the past, fighting between Israel and Hamas, the group that rules Gaza, would typically end after a few days, often helped by behind-the-scenes mediation by Qatar, Egypt and others. It is not clear if that trajectory will be repeated this time.

Israeli Prime Minister Benjamin Netanyahu warned on Monday that fighting could “continue for some time”. Lieutenant Colonel Jonathan Conricus, an Israeli military spokesman, told reporters on Tuesday that the military was in “the early stages” of strikes against Gaza targets that it had planned well in advance.

Read the article by Fares Akram and Karin Laub in The Age.