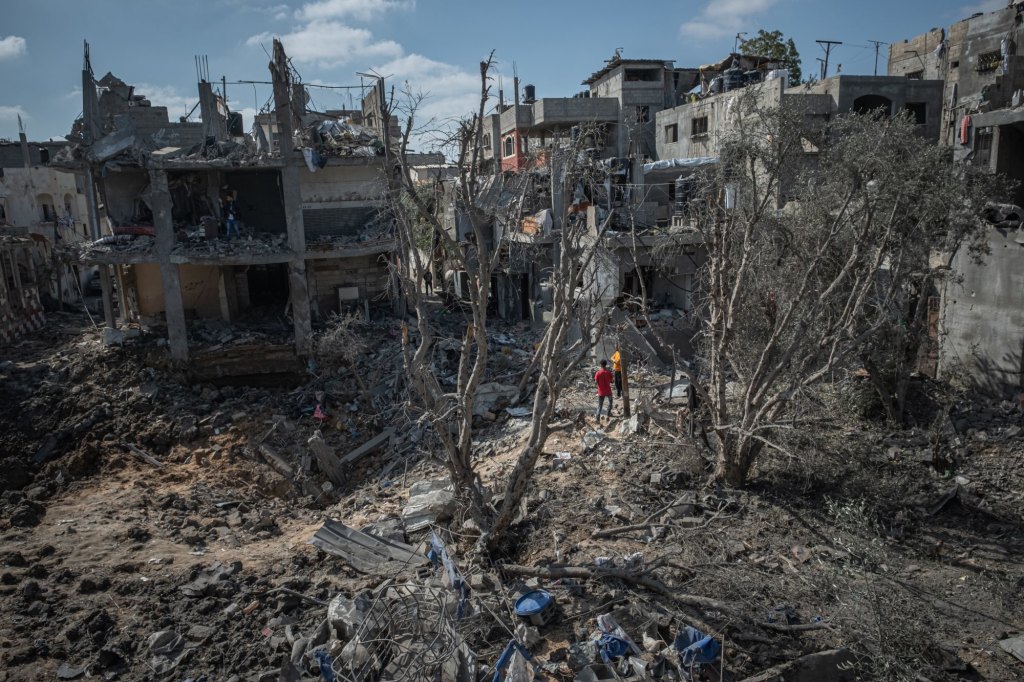 Gaza City: A Gaza tower block housing the offices of Associated Press and Al Jazeera journalists collapsed on Saturday afternoon after being struck by Israeli missiles as violence between Israel and Hamas escalated.

Earlier on Saturday morning, an Israeli air raid in Gaza City killed at least 10 Palestinians, mostly children in the deadliest single strike since the battle with Gaza’s militant Hamas rulers erupted earlier this week. Both sides pressed for an advantage as pushes for a ceasefire gathered strength.

The outburst of violence that began in Jerusalem on Monday and has spread across the region, with Jewish-Arab clashes and rioting in mixed Israeli cities, and protests and violence on the Lebanese and the Syrian borders. There were also widespread Palestinian protests in the occupied West Bank, where Israeli forces shot and killed 11 people.

Palestinians were set to mark Nakba day on Saturday, when they commemorate the estimated 700,000 people who fled or were driven from their homes in present Israel during the 1948 war surrounding its creation, raising the possibility of more unrest.