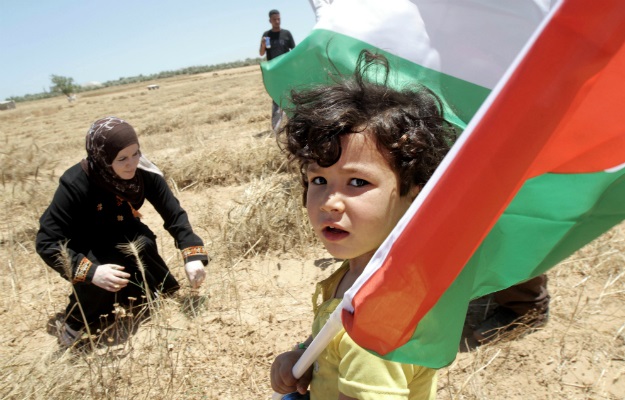 It’s no co-incidence that the current carnage and destruction being wrought upon Israel is happening barely 3 months into the Iran / PA friendly new Biden Administration stacked with Obama State Department holdovers, and its Congressional puppet masters: Sanders, Warren, VP Harris and the omnipresent but certainly not omniscient Squad.

Arguably, this unseemly band of Jew Haters is more naive and more hostile towards Israel than the Obama administration, itself an all time low in the history of US-Israel relations, an Administration that finished its work with the infamous UNESCO Resolution of October 2016 by denying any Jewish connection to the Temple Mount, the site of, yes, the Jewish people’s two Temples, first built some 3,000 years ago, a Resolution passed to the passionate applause of US Ambassador Samantha Power.

Iran is increasingly empowered as Biden seeks to roll back Trump’s sanctions as an incentive for Iran to return to compliance with the JCPOA, aka “the nuclear deal”, potentially to be re-entered and revitalized by the US after Trump’s exit – for him, “the worst deal in history”.

The terrorist Palestinian Authority (PA) and UNRWA organizations have now been re-funded by Biden, with the PA mission to Washington also reopened, strengthening them to the chagrin of arch-enemy, Hamas, rulers of Gaza, the primary belligerent in the current conflagration.

It’s clear that the lodestar of this Administration is the undoing of every success Trump had achieved, and the chickens are coming home to roost.

It’s also clear that Israel no longer has America’s back.

With Hamas as Iran’s deadly proxy, one of many such proxies in the region, a newly emboldened Iran continues to destabilize the region after peace had broken out between Israel and several Sunni Arab states in the Trump brokered Abraham Accords.

This extraordinary normalization of relations was negotiated by abandoning the quarter century old canard of the US foreign policy establishment elites obsession with the irrelevant Palestinian issue as being integral to any resolution of the Arab Israeli conflict.

The conventional wisdom is always conventional, and very rarely wise . And when intellectuals are involved it is almost always wrong, as was shown so decisively by the success of these Accords.

Into this US lovefest with Iran and the Palestinians, we should add PA President Mahmoud Abbas’ cancellation of scheduled elections, the first in 16 years of his 4 year term, with Abbas blaming Israel of course, which Hamas would almost certainly have won, and we have a perfect storm for a Shiite assault on Israel.

What else could account for this sudden explosion of violence but American weakness under the Biden Presidency? After all, it’s been 7 years since Operation Protective Edge in 2014, the last Israeli response to a similar onslaught of rockets by Hamas.

There were no such explosions in the Trump years. Not one.

Whether this escalates into a 4th Gaza war since 2009 is unclear. What we do know is that with the passage of time the Iranian supplied rockets used by Hamas have greater payload capacity and range than each previous onslaught. They are unguided missiles, randomly fired at civilians with limited time to seek shelter, counted in tens of seconds. These are historically called War Crimes under the “Laws and Customs of War,” (yes, there is such a Convention) and were Count 2 in the famous Nuremberg Trials.

What is also unclear is if Israel has the will to resolve this self inflicted wound once and for all, a result of its unilateral withdrawal from Gaza in 2005 , a wound that keeps on bleeding, and ever more profusely with each iteration.

To date, it obviously has not, doing only what needs to be done to maintain the status quo ante bellum, periodically “mowing the lawn”. This is clearly a military top brass decision, presumably with political endorsement.
We must assume civilian control of the military – I don’t consider Israel to be a military junta.

They’re obviously afraid of a decisive resolution, be it for fear of major casualties, world opinion, or both. This despite the fact that global opinion is always against Israel’s actions to the Arabs, right now, today, in the continuous news cycle, regardless of how they behave.

Let’s face it, the world simply doesn’t like Jews, especially strong Jews, who stand up for themselves and fight back, no matter how moral is the IDF in its efforts to minimize civilian casualties.

We might also add fear of possible threats of cessation of military aid by the US, but this would be a drastic measure since the weapons must be bought from the US, and basically fund US defense contractors (there’s no free lunch, there never was), and Israel provides an excellent testing ground for new military hardware.

Most of Israel’s wars have been ended through externally imposed ceasefires, truces, armistices, etc. right back to its War of Independence in 1948-49, leading to its justified suspicion of supra-national bodies such as the UN.

What we do know is that an inconclusive ending is no way to resolve such a conflict, any conflict, and this has indeed been the case in the region for over 70 years.

WW1 is the best example of a failed armistice as opposed to Unconditional Surrender, of which US Gen. Pershing upon arrival in Europe said “you guys were so close, why didn’t you finish it off? You’ll just have to do it all over in 20 years”. And of course, that’s exactly what happened.

In the end, this decision, like all political decisions, can only be made by Israel, and outsiders best not give their opinions. There’s no shortage of external commentators who think they know best.

A final point. The landlord tenant rent dispute by 4 households in the Sheik Jarrah neighbourhood of Jerusalem – which is exactly what it is – is utterly irrelevant to anything, but it seemed as good a story as any to ignite the Palestinian flames of revolt.

Any excuse will do. Or no excuse at all.

Its always a good time to kill the Jews.