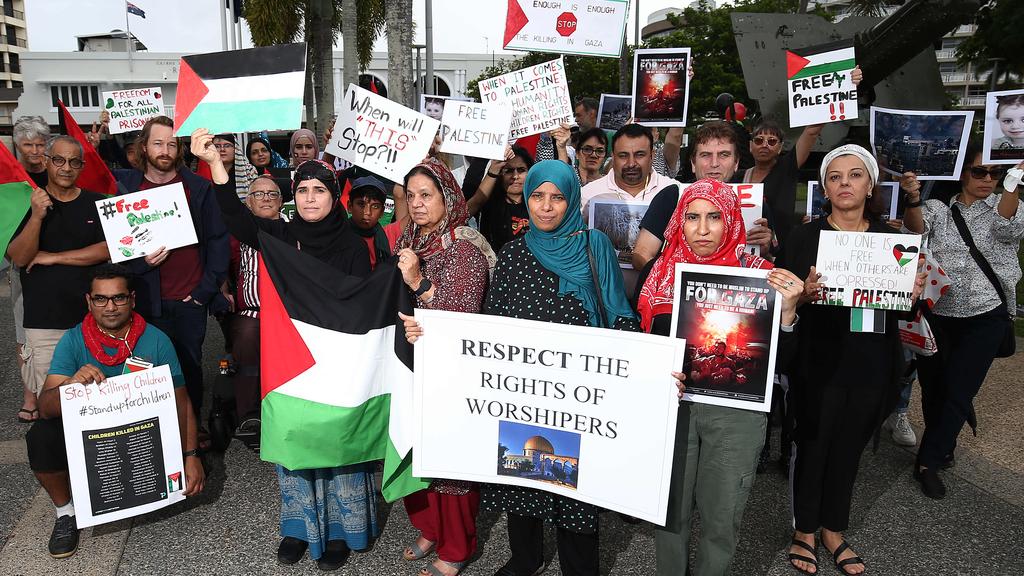 Palestine rally in Cairns calls for peace and justice

A pro Palestine rally in Cairns did not hope to change the world, but had a message for those living in the Far North

THE demonstration was small but its message has been heard around the world.

About 40 demonstrators gathered near the Cairns Cenotaph to raise awareness of the humanitarian crisis gripping the occupied territoeies in the wake of the recent war between Hamas in Gaza and the Israeli Defence Force.

“If passers by see one of our signs, maybe they could look up Palestine in Google, go to reliable sites like the UN and learn both sides,” rally organiser Hala Hijleh said.

“For those under occupation, we want them to know there are lots of us with them.”

Support for the Palestinian cause has increased with social media and rallies have been held globally over the past week.

Ms Hijleh spent four years as a lawyer in Jordan with the United Nations Relief and Works Agency for Palestine Refugees in the Near East.

“We don’t want to see more dead, we just want justice,” she said.

“Most of the stories I heard were of suffering and of remembering our roots,” Ms Hijleh said.

More than two million Palestinian refugees live in Jordan, and many still live in hope that they will one day return to their homeland.

Read the article by Pete Martinelli, The Cairns Post in the NT News.