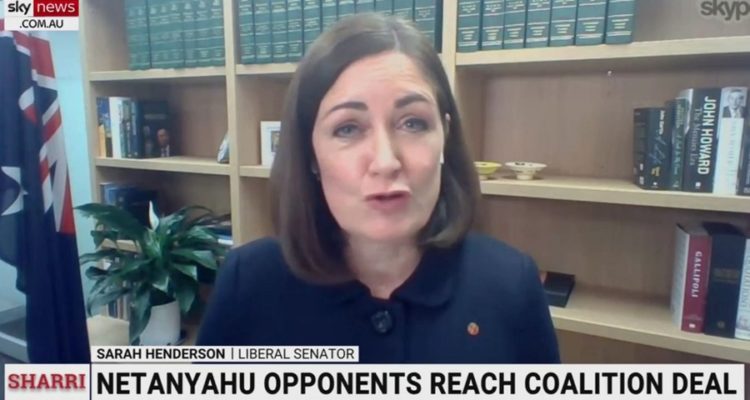 Liberal Senator Sarah Henderson says Benjamin Netanyahu is a “larger than life” figure who has made an “extraordinary contribution to peace”.

“He has made an extraordinary contribution on the international stage,” Ms Henderson told Sky News.

It comes as Israeli Prime Minister Benjamin Netanyahu’s 12-year reign is set to come to an end after Israeli opposition parties agreed to form a new government.

“For us as a government, we will deal with the new coalition in the same way that we have dealt with the outgoing prime minister,” Ms Henderson said.

“We are, of course, very hopeful that peace can be maintained”.