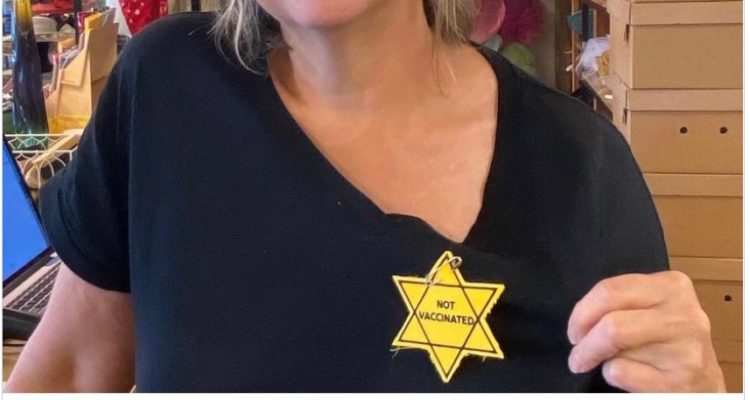 An Iconic Nashville hat store has found itself in hot water after its owner planned to sell what has been labelled an anti-semitic clothing item.

According to the original social media post by HatWRKS, Star of David patches with the words ‘not vaccinated’ on them were initially going to be sold for $5 dollars a pop, with plans to also sell the design on trucker hats.

The store rightfully received instant and widespread backlash, with many people labelling the post anti-semitic.

This is Gigi Gaskins of TN based “HatWrks”. 6 million men women & children were brutally murdered because they were Jewish and 600,000 Americans suffered & died horribly of CoVid. Gigi tried to make a buck off of their deaths while mocking it. I hope her selling days are over. . pic.twitter.com/eRxbgb85OC

Iconic Australian brand Akubra and their US partner Stetson have pulled their hats from the store in response.

“The views and content shared by HatWRKS in Nashville are repugnant and have no place in an inclusive society,” Akbura said in a statement.

“We will no longer be supplying this business with our hats.”

Kangol Headwear and Tula Hats have also severed ties with the small business.

According to Slate, a group of protestors gathered outside the store to protest. One sign said: “The Holocaust is not a marketing op.”

Read the article in B&T Magazine.