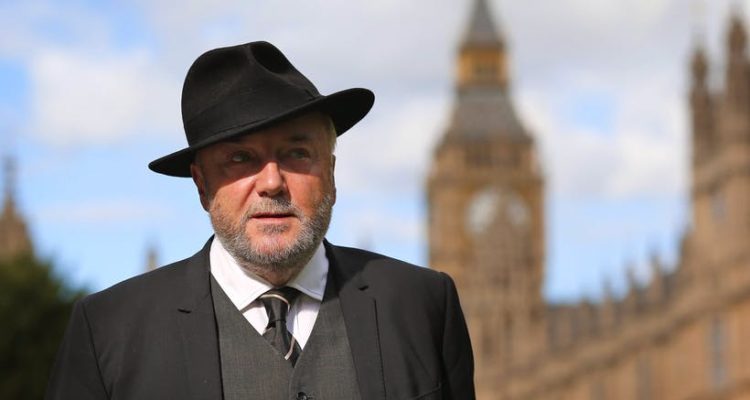 Labour’s Kim Leadbeater may be celebrating her triumph in Batley and Spen (though not as much as her leader Keir Starmer) but the by-election was another setback for George Galloway’s efforts to get back into parliament — any parliament. The serial candidate hasn’t been an MP since 2015 and Batley was the 15th time he has stood for elected office, and his ninth defeat.

What Steerpike admires most about Galloway is his geographical flexibility: he’s never let attachment to a particular constituency hold him back. From Bradford to Bromwich, Glasgow to Gorton, Comrade Galloway has always gone where the workers needed him. Some call him ‘Gorgeous George’, Mr S prefers ‘GPS George’.

His transient electoral career began in the late Seventies, the era of disco and Dallas, though in George’s case Dundee loomed larger. He got his first crack at the ballot box in the 1977 Scottish district elections, where he was selected to contest the Labour-held ward of Gillburn on Dundee District Council. Tayside politics being a brutal business, he lost to a pensioner called Bunty Turley, who stood as an independent.

A decade later, he had put that defeat behind him and regained Glasgow Hillhead for Labour from the SDP’s Roy Jenkins in the 1987 general election. Galloway would go on to retain Hillhead in 1992 and its successor Glasgow Kelvin in 1997 and 2001. That was to be the final time he fought an election for Labour, with the party booting him out in 2003.

Read the article by Steerpike in The Spectator.