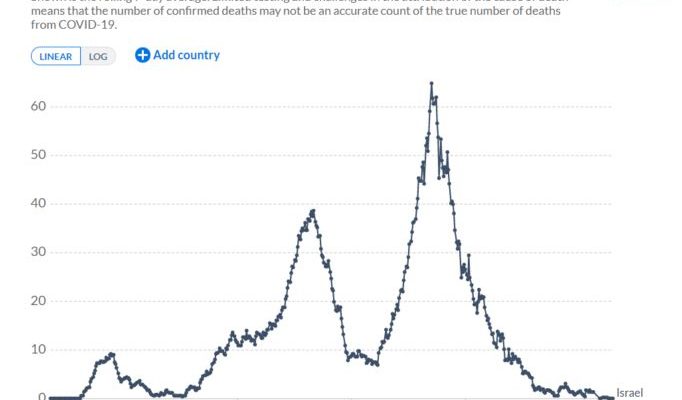 Life in Israel is quickly returning back to ‘normal’ amid mass vaccination of its population with the Pfizer vaccine.

Two-thirds of Israelis have received at least one dose of the Pfizer vaccine.

Whereas 60% of Israelis have been fully vaccinated with two shots.

With herd immunity beckoning, the Israeli Government has greatly loosened restrictions and allowed mass gatherings across the nation state:

Case numbers are beginning to rise, however, owing to the spread of the Delta variant. And this has prompted the Israeli Government to impose an indoor mask mandate to protect the unvaccinated.

Nevertheless, Israel’s high vaccination rate has lowered hospitalisation rates. There is also hardly anybody in ICU with COVID.

In short, Israel gives us a glimpse of the post-COVID future once the majority of the population is fully vaccinated.

Read the report by Leith van Onselen, Chief Economist at the MB Fund and MB Super, co-founder of MacroBusiness on MacroBusiness.