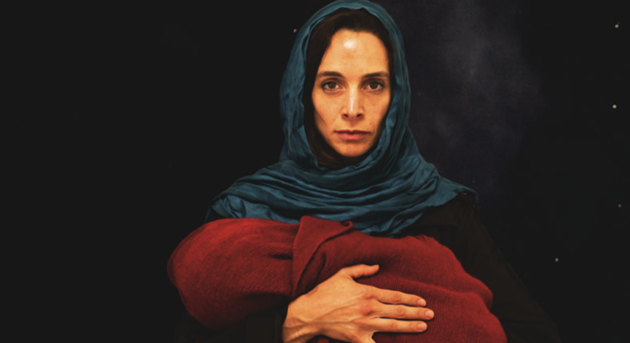 Playwright Samah Sabawi on displacement, activism, and THEM

The concepts of displacement and seeking refuge may seem like things of the past for some, but for so many, they are still daily struggles.

With the United Nations Refugee Agency estimating that there are over 80 million people currently who have been forcibly displaced, and over 26 million who are considered refugees, it is absolutely no surprise that plays like THEM exist.

The dichotomous battle one must face when choosing to leave their home and everything they know in order to find a ‘better life’ is impossible to imagine, but playwright Samah Sabawi has done a brilliant job of painting the picture in her play. Following a couple and their child deliberating whether they should leave their war-torn city, THEM is rooted in anecdotes and stories from those who have been directly impacted by war, conflict, and dislocation.

Samah is an author, playwright, scholar, commentator and poet who wages ‘beautiful resistance’ through her art and work. A recipient of multiple awards both nationally and internationally, Sabawi’s theatre credits include the critically acclaimed plays Tales of a City by the Sea and THEM. She is also co-editor of Double Exposure: Plays of the Jewish and Palestinian Diasporas, winner of the Patrick O’Neill award and co-author of I Remember My Name: Poetry by Samah Sabawi, Ramzy Baroud and Jehan Bseiso, edited by Vacy Vlazna, winner of the Palestine Book Award. Sabawi is host of the webinar/podcast series The Book Room. Her poems are published in magazines and books including West End Press’s With Our Eyes Wide Open: Poems of the New American Century and Just World Books’ “Gaza Unsilenced!”  Her essays and op-ed pieces appear in various media outlets including The Australian, Al-Jazeera, Al-Ahram, The Globe and Mail, The Age and The Sydney Morning Herald. Samah Sabawi received a Doctor of Philosophy from Victoria University for her thesis titled Inheriting Exile, transgenerational trauma and the Palestinian Australian Identity.

Read the article by Gabi Bergman in AussieTheatre.com