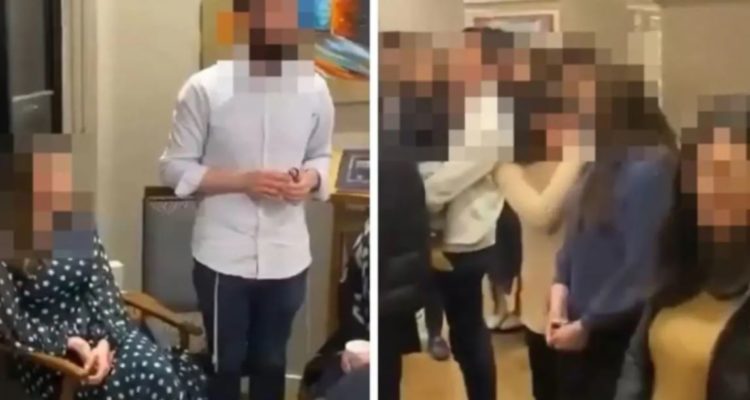 The illegal engagement party at St Kilda in Melbourne earlier this month.

In age of identity politics, some less equal than others

As unending lockdowns fuel an increasingly widespread sense of war-weariness, a great deal of ugliness is coming to the surface. Few incidents are as troubling, however, as the reaction to an engagement party that was held at a private house in Melbourne on August 14.

The party, which clearly breached public health orders, was attended by 69 people. It was in that respect little different from the many other private gatherings, involving groups that range from 20 to nearly 100 people, that have contravened the Covid regulations.

There was, however, one respect in which this engagement party was different: the hosts and a majority of the guests were drawn from Melbourne’s Orthodox Jewish community.

Let’s be clear: there was nothing specifically religious about this party: it was not held in a religious venue, nor did it have any religious significance. Rather, it was an engagement party attended by people who happened to be Jewish. To call it a Jewish function would therefore make no more sense than calling similar gatherings Catholic, Anglican or agnostic.

However, that didn’t stop Victoria’s Covid-19 commander, Jeroen Weimar, from describing the participants not as Melburnians who had attended an illegal party but as “members of the Orthodox Jewish community” – the only instance, as best one can tell, in which those involved in a gathering that had no religious connotations have been labelled in religious terms.