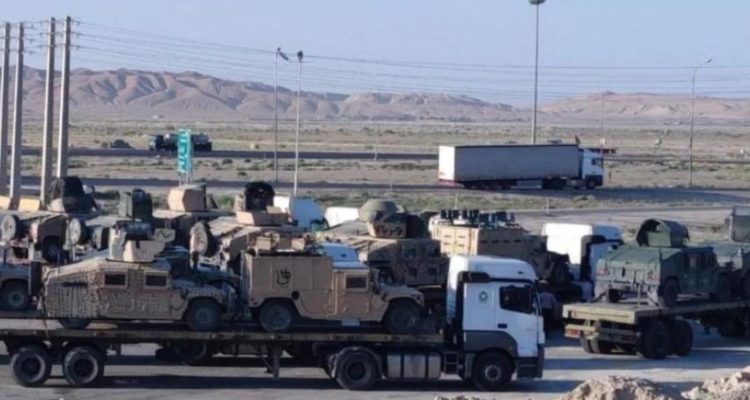 American equipment is delivered to Tehran in images shown on Iranian TV.

US vehicles taken to Tehran in new blow for Joe Biden

A convoy of US military vehicles provided to Afghan forces has been filmed heading for Tehran having been handed over to the Iranian authorities.

The loss of the military equipment to Iran, America’s arch-foe in the Middle East, is a further embarrassment to the Pentagon after the Taliban were seen parading in Kabul in front of captured US-supplied vehicles.

The convoy to Iran included Humvees and “MRAPs”, light armoured vehicles specially protected against mines. The social media channel that first showed the film, and specialises in Iranian military affairs, said that the Iranians had also taken possession of American tanks.

The channel could not confirm details, and it was not clear how Iran came to possess the equipment. There have been reports of Afghan soldiers fleeing over the border into Iran to avoid surrendering to the Taliban, and analysts have speculated that the Iranians, who have given the troops shelter, simply took the vehicles in return.