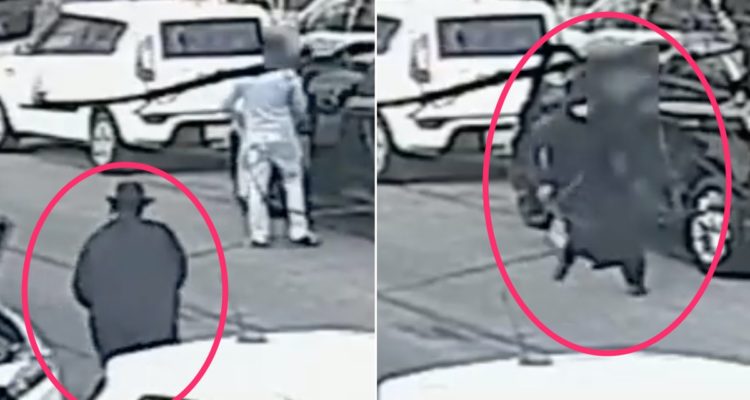 The New York Police Department (NYPD) is looking for a suspect who shot an ex-convict in the head multiple times while wearing a “disguise,” according to NBC New York.

The fatal shooting took place on Monday in Queens, New York, and chilling footage, shared by the NYPD, shows the unidentified perpetrator, dressed as an ultra-orthodox Jew, shooting his victim point-blank in broad daylight.

Wearing a rekel, the frock coat worn by Hasidic Jewish men, and appearing to have the side locks (payot) that are grown by some men in the orthodox Jewish community, the shooter can be seen pretending to fix his car with the hood up before running up to his victim, shooting him in the head, and escaping in his white Nissan.

The victim has been identified as Jermain Dixon, a former gang member who was released from prison less than a year ago after serving 19 years for murder and drug charges, MailOnline reported.

A former member of Brooklyn’s “Patio Crew” drug gang, the New York Daily News reported that Dixon was a “reformed gangster” who pursued a bachelor’s degree in business while in jail and filed for compassionate release.