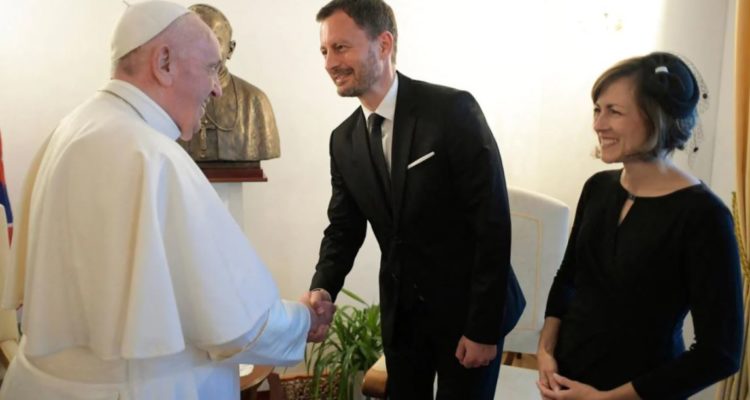 Pope Francis has voiced “shame” over the massacre of more than 100,000 Slovak Jews in the Holocaust, condemning World War II’s “frenzy of hatred” and lingering anti-Semitism.

The 84-year-old pontiff, on his first foreign trip since a colon operation in July, was speaking in a former Jewish neighbourhood of the Slovak capital ­Bratislava.

“Here, in this place, the name of God was dishonoured,” the Pope said, speaking in front of a Holocaust memorial on Rybne Square, where a synagogue was torn down during communist times.

Slovakia was governed by a Nazi puppet regime during World War II headed up by Catholic priest Jozef Tiso, who signed anti-Jewish laws and ­allowed deportations.

“Here reflecting on the history of the Jewish people marked by this tragic affront to the most high, we admit with shame how often his ineffable name has been used for unspeakable acts of inhumanity,” the Pope said, after hearing the stories of Holocaust survivors.

Three days before the Pope’s arrival, Slovakia’s government issued an apology for the actions of the Tiso regime for the first time. “The Slovak cabinet feels a moral duty to publicly express regret,” it said in a formal declaration, emphasising in particular the “condemnable” anti-Jewish laws adopted in 1941.

Read the article by Catherine Marciano and Laszlo Juhasz in The Australian.