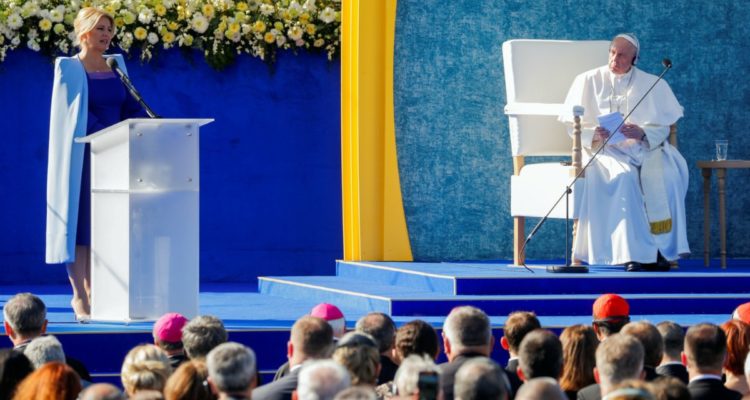 Pope Francis warned against too much focus on individual rights and culture wars at the expense of the common good on Monday during a visit to Slovakia amid increased nationalism and anti-immigrant sentiment across eastern Europe.

The 84-year-old Francis, looking fit, is making his first trip since undergoing intestinal surgery in July. Asked by a reporter on Monday how he felt, he joked: “Still alive.”

On the first papal visit to Slovakia since 2003, Francis returned to a theme he had touched on during a stopover on Sunday in Hungary on how nations should avoid a selfish, defensive mentality as he recalled the region’s communist past.

Addressing Slovak President Zuzana Caputova, other officials and diplomats in the gardens of the presidential palace, the Pope added: “Fraternity is necessary for the increasingly pressing process of [European] integration.”

Slovakia, part of Czechoslovakia during communist times, secured its independence from Prague in 1993. The Slovak and wider eastern European economies have since boomed but their integration into the European Union has also coincided with a nationalist backlash against increased illegal immigration, often involving Muslims from the Middle East and Afghanistan.