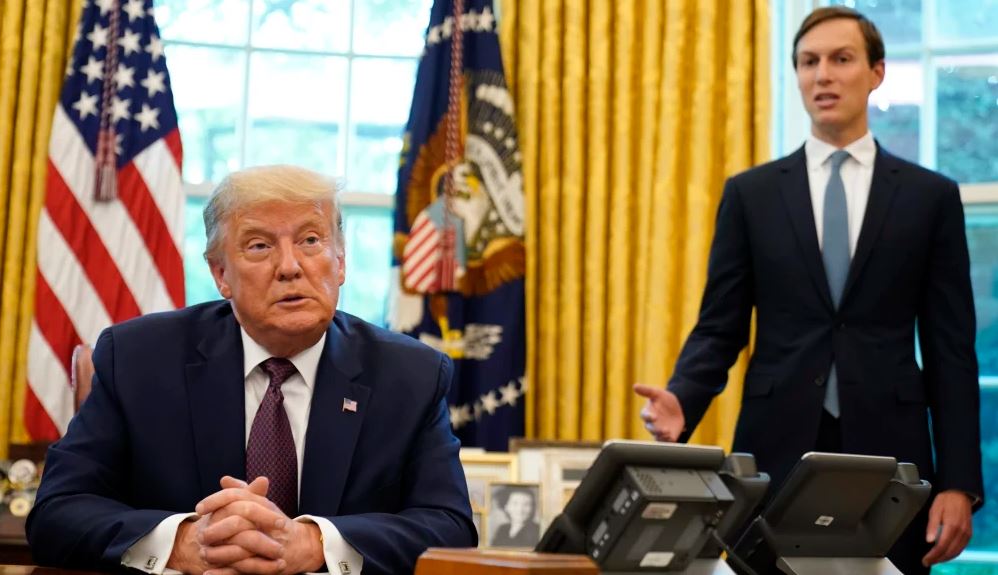 Trump said Jared Kushner was ‘more loyal to Israel than the US,’ employing the dual loyalty trope against his Jewish son-in-law: book

Former President Donald Trump targeted his son-in-law, Jared Kushner, with off-color remarks suggesting he was more loyal to Israel than his home country – evoking an anti-Semitic trope in the process – during a White House meeting, according to Bob Woodward and Robert Costa’s new book, “Peril.”

“‘You know,’ Trump joked in another meeting, mocking his son-in-law, Jared Kushner, who was raised in a modern Orthodox Jewish family and was working on Middle East peace, ‘Jared’s more loyal to Israel than the United States,’” Woodward and Costa wrote.

This was not the first time Trump has played into the dual loyalty trope or the anti-Semitic notion that Jewish Americans are more loyal to Israel than the US. “The charge of disloyalty has been used to harass, marginalize, and persecute the Jewish people for centuries,” per the Anti-Defamation League (ADL).

Trump in April 2019 told an audience of Jewish Americans that Israel’s Benjamin Netanyahu is “your prime minister.

In August 2019, Trump said Jewish Americans who vote Democrat display either “a total lack of knowledge or great disloyalty.”