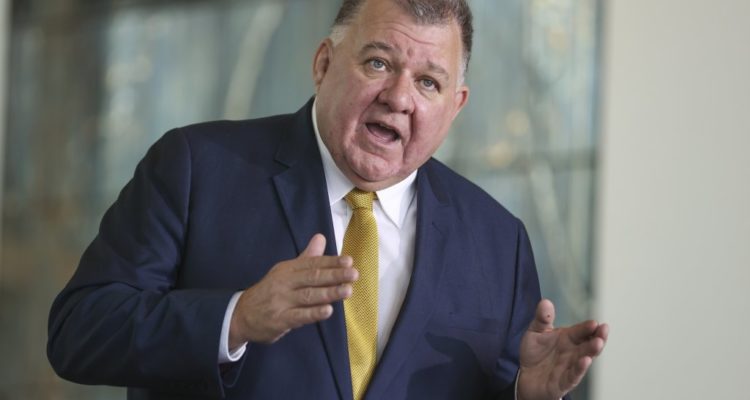 Craig Kelly has not clearly acknowledged or spoken out against the antisemitism among his affiliates. (SMH)

Just last month, Clive Palmers’s United Australia Party announced an official affiliation with Australia’s largest anti-lockdown group: Reignite Democracy Australia. This formalised a close relationship that had already been in place for many months, and last week we learnt that the high-profile partner of the RDA’s founder Monica Smit was seeking endorsement as a UAP candidate.

Craig Kelly’s role in this alliance has been key. Since its inception, RDA has emphatically supported Kelly and funnelled its thousands of supporters towards him. Initially, this took the form of directing supporters to Kelly’s social media – today, they direct them to join the United Australia Party.

RDA is not, by any measure, a fringe organisation. The group has chapters in almost every state and territory, a near 100,000 strong mailing list and a Telegram channel with almost 70,000 subscribers. Its supporters are highly engaged, consistently turning out for demonstrations, live streams and group catch-ups in substantial numbers. When Smit was charged with incitement during Melbourne’s lockdown, her supporters donated more than $200,000 for her legal defence fund.

Part of the RDA’s success in the anti-lockdown movement can be explained by its relatively moderate approach. Although its leaders flout public health restrictions and proliferate misinformation, it abstains from the antisemitic and neo-Nazi rhetoric so prevalent in the wider anti-lockdown and anti-vaccine community. It does not blame “Zionists” for health restrictions, or claim that Jews invented the Coronavirus vaccines and masterminded the September 11 terrorist attacks. On the surface, RDA appears a legitimate, if misguided, political association representing a small but dedicated constituency of vaccine-hesitant Australians.

Read the article by Oscar Kaspi-Crutchett in The Sydney Morning Herald.