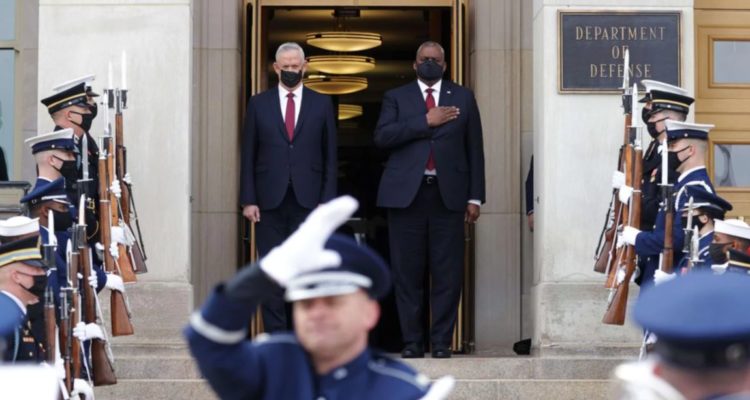 US and Israel plot strikes on Iran as nuclear talks stall

Israel held high-level talks with the US on Thursday night over a plan threatening to bomb Iran as negotiations over its nuclear program headed towards stalemate.

President Joe Biden warned after the talks that the US was preparing “additional measures” against Iran as expectations grow that talks on halting Tehran’s nuclear program are set for failure.

“The President has asked his team to be prepared in the event that diplomacy fails and we must turn to other options,” White House press secretary Jen Psaki said as troubled negotiations with Iran resumed in Vienna.

“We will have no choice but to take additional measures.”

After his meeting at the Pentagon with Mr Gantz, US Defence Secretary Lloyd Austin said both sides had said they would expand co-operation in the face of the ­Iranian “threat”. “I’m deeply concerned about the Iranian government’s nuclear actions in recent months, both its continued provocations and its lack of constructive diplomatic engagement,” Mr Austin said.

The visit was timed to coincide with renewed attempts to settle terms for the US and Iran to return to the 2015 deal limiting its nuclear program.
Read the article by Richard Spencer in The Australian (from The Times).