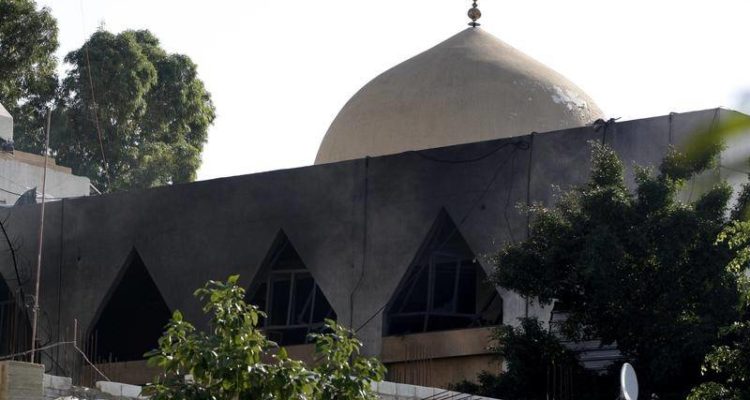 Fire started in a diesel tanker and spread to a nearby mosque controlled by the Palestinian militant group.

The Palestinian Hamas group says explosions that shook a refugee camp in southern Lebanon were caused by an electrical short-circuit in a storage area for oxygen bottles used to treat coronavirus patients.

Later on Saturday however, a Lebanese security official said the explosion in the camp was clearly ammunition, not oxygen bottles. The official, who spoke on condition of anonymity in line with regulations, did not elaborate.

Lebanon’s state-run National News Agency had reported that arms stored for Hamas exploded on Friday in the Burj Shamali camp, killing and injuring a number of people. A security official also said the explosions caused casualties but did not give a breakdown.

Hamas in a statement on Saturday described the explosions as an “incident” adding that a fire in the refugee camp in the southern port city of Tyre caused limited damage.

In a later statement, the group said that one of its members, Hamza Chahine, was killed. It called on its supporters to take part in his funeral on Sunday afternoon at a mosque in the camp.

Hamas said the oxygen bottles and containers of detergents stored at the camp were to be distributed as part of its aid work in the camp.

Read the article by Bassem Mroue in The Canberra Times.