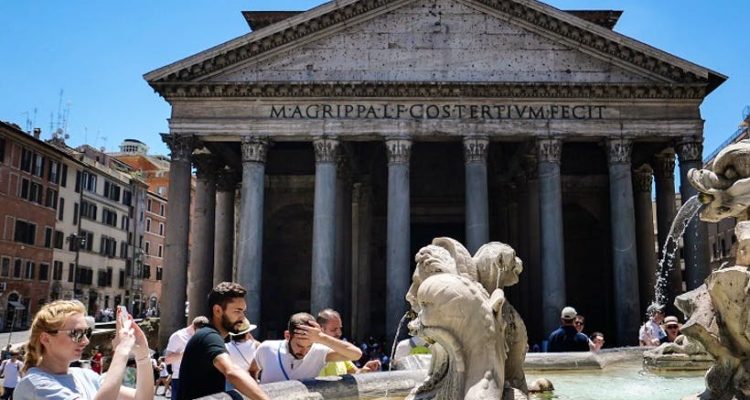 The first time I set foot in Rome was on a stopover at the airport. I was on the way to my first trip to Israel with a group of like-minded Australasian teenagers. It was in the period after Iraq had invaded Kuwait but before the first Gulf War kicked off. As we took off for Tel Aviv, we noted that there were two small army tanks on the tarmac, keeping guard.

After several fantastic weeks in Israel, and a few days before the scud missiles hit, I left and spent time in Europe with some of the other teenagers. My last stop before returning home was Rome. We were told to hide any sign of the fact that we were a Jewish group, or that we had just been in Israel. The tacky T-shirts and tchotchkes we had acquired stayed in the backpacks. I remember the anti-Israel graffiti, the distress in knowing that the country I had just toured and realised a deep connection to was being attacked in a conflict that seemed to have nothing to do with it, and the unease that somehow I was not as safe and welcome as I should be. I was vaguely aware that there was some recent history of Palestinian terrorism in Rome.

This last week I learned some more about that history. The Italian daily Il Riformista has just published a front-page story revealing that Italian authorities had clear advance intelligence about one such attack orchestrated by the group, Abu Nidal. On the festival of Shemini Atzeret in 1982, several gunmen threw hand grenades and fired sub-machine guns at worshippers leaving Rome’s Great Synagogue, killing two-year-old Stefano Tache and wounding 34 others. Not only did the authorities not stop it, but they reduced security around the synagogue; the usual police vehicle parked outside was absent. This shocking news has not been reported, as far as I can see, in any international media outside of Italy and Israel.

Read the article by Juliet Moses in The Spectator.